A while ago, Stephanie Ellis had worried that her family was heading down a path toward selfishness. She prayed

that God would move her family's hearts toward generosity. And she found her prayers answered in unexpected

After visiting the COTN Silverdale campus, eleven-year-old Riley Ellis and her six-year-old sister Grace decided that they

wanted to raise money to buy School SmilePacks for children who didn’t have the supplies they needed to succeed in class.

“I felt like God wanted me to help kids who don’t have as much as I do,” says Riley. 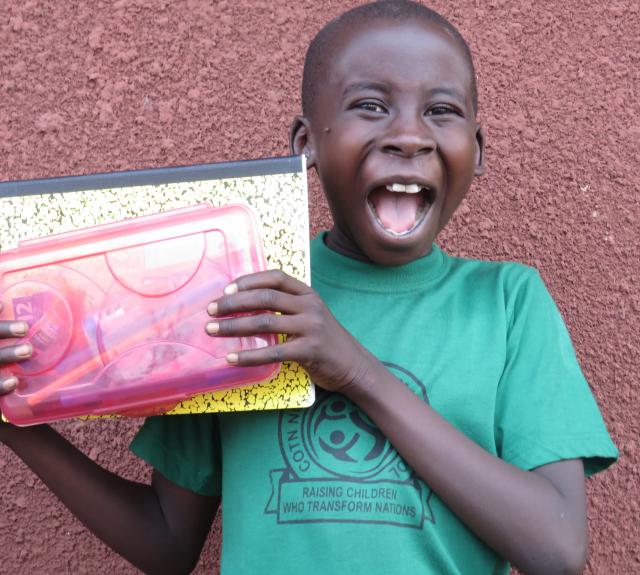 Before children can succeed in school, they need the right supplies, like pencils and notebooks.

To raise money, Riley and Grace held their own spa sessions, giving manicures and pedicures for donations. They also sold
eggs from their chickens and greeting cards. They shared their mission with everyone they knew and gathered donations from
grandparents and friends.

Riley donated from her own savings, and Grace asked guests at her birthday party to bring one or two items that could be included in
School SmilePacks. 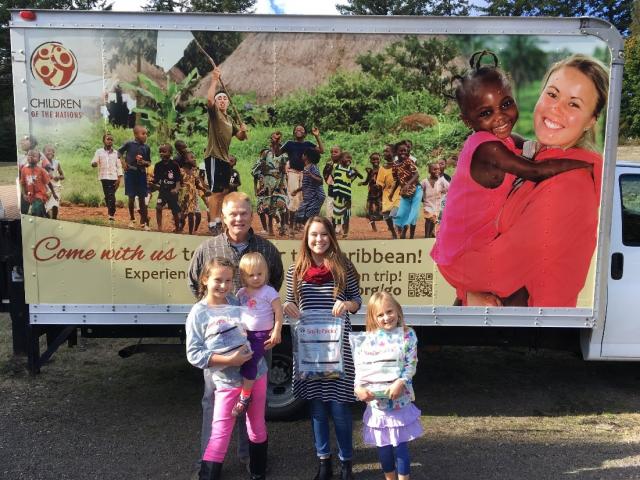 Riley (holding her youngest sister Zoe) and Grace, with members of the COTN staff and volunteers, hold up some of their SmilePacks.

Riley encourages other children who want to help to be creative: “Maybe they can do different chores and ask people they know to give.
Just be excited about it.”

Stephanie has this advice for parents and grandparents who want to see the children in their lives get more involved in volunteering:
“Pray that God would move in their hearts and that they would understand how much they’ve been given, and how that isn’t to keep
but to share with others. And after you’ve prayed, trust that God will open their hearts.

“Lead by example,” Stephanie adds. “And try to read things that expose [your children] to kids in other cultures.” 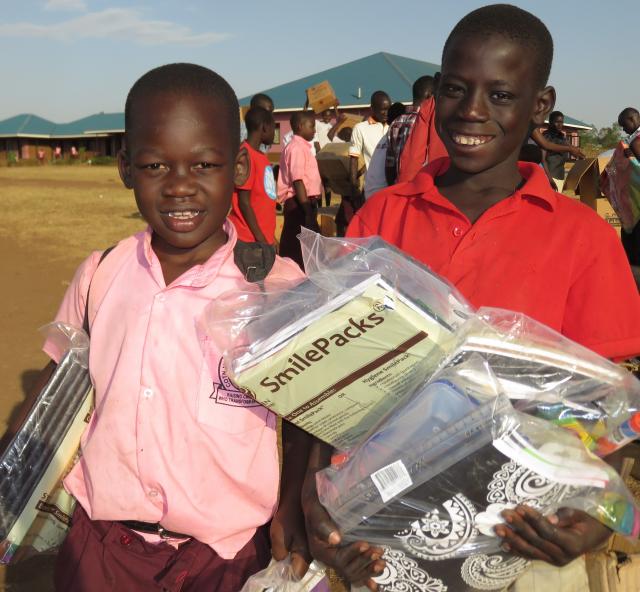 Today, Stephanie’s girls are excited to help other children across the world and are already trying to plan their next project.


P.S. You can find SmilePacks and other items to help children grow up healthy, educated, and ready to change their world in our gift catalog.