Thank You for the Field Trip of a Lifetime!

Fifty COTN–Uganda students recently went on a three-day field trip (called a “study tour”). These students were in P7

(the last year of primary school), and this trip taught them about different career paths, natural science, and Ugandan history.

The trip also helped prepare them for their big, end-of-year exam. 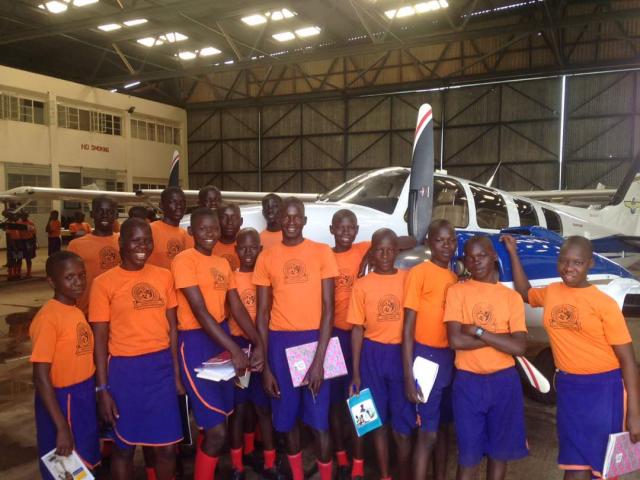 One of the students, Winnie, wrote a thank-you letter she wanted us to share with you:

I hereby write this letter appreciating those who organized and funded for the P7 Study Tour 2017. I am so happy for the kind of heart you had

towards our study tour. Thank you so much for helping us candidates.

I also want to assure you that the money which was used was not just for nothing. We were able to learn very many things in that study tour.

We visited very many interesting places.

The first place the students visited was Soroti Flying School, where they learned about airplanes and airports. They also got to sit inside a single-engine 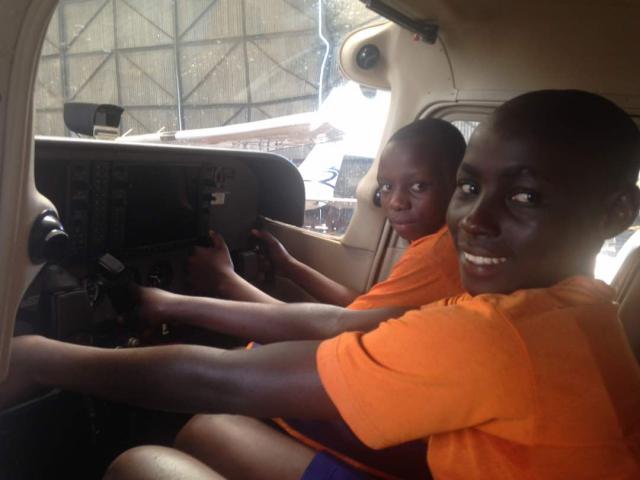 Lindsey Mueller, COTN Global education specialist, said that after this visit all the children wanted to be pilots.


This was followed by a visit to Soroti Meteorological Centre, where they saw instruments that measure the weather. 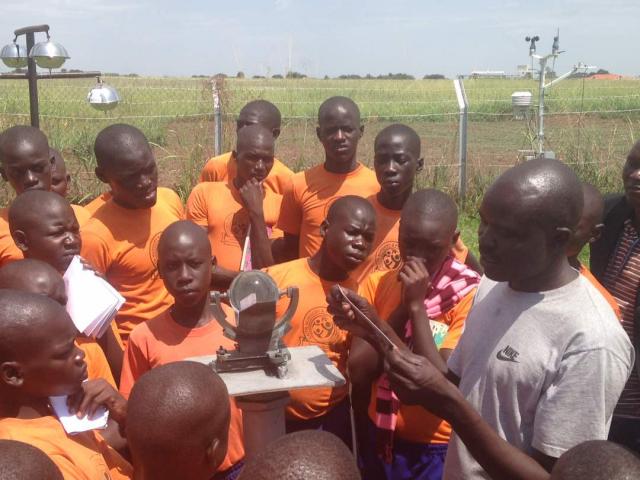 Some of the weather instruments included a barometer, a rain gauge, a Stevenson Screen, and an anemometer.


Then they took a trip to Nyero Rock, which is famous for ancient rock paintings. Winnie describes the paintings this way: “We saw the

evidence to prove that early man knew how to write. They painted some rocks representing some pictures. . . . Some of those pictures looked 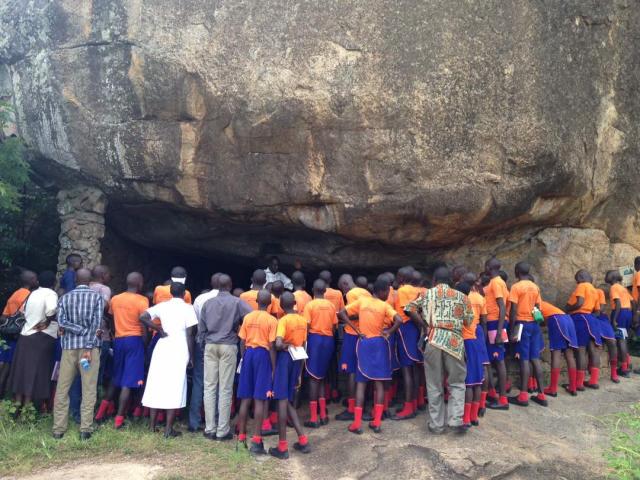 Students learned about the history of the paintings and what life was like in ancient Uganda. 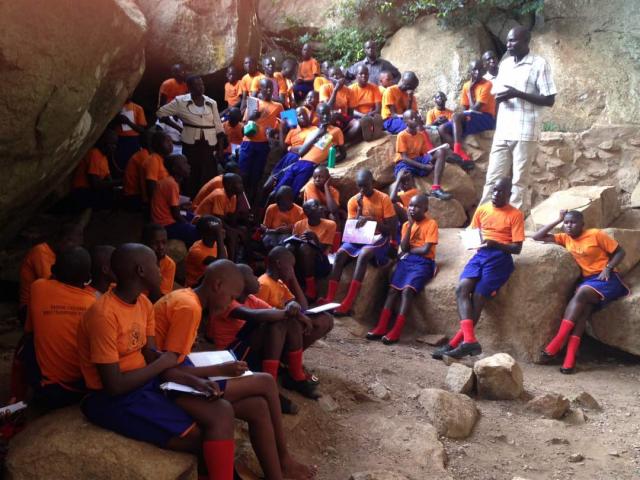 The Nyero rock paintings are such an important part of history that they are featured on Uganda’s one-thousand-shilling note.


The next day, boats played a large part in the children’s adventures as they traveled to the source of the Nile River in Jinja and took a trip 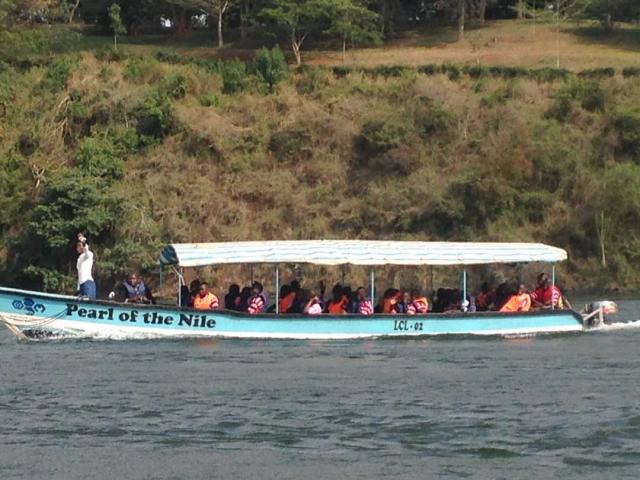 
From the Nile, they went to Port Bell, off the coast of Lake Victoria. The students boarded some of the big ships that bring containers from Tanzania

They then went to parliament, where the legislative branch of the Ugandan government meets. As they were leaving, the students were able to

meet their representative (the Honorable Cecilia Atim, who is the equivalent of a congresswoman in the US). She encouraged them to work hard. 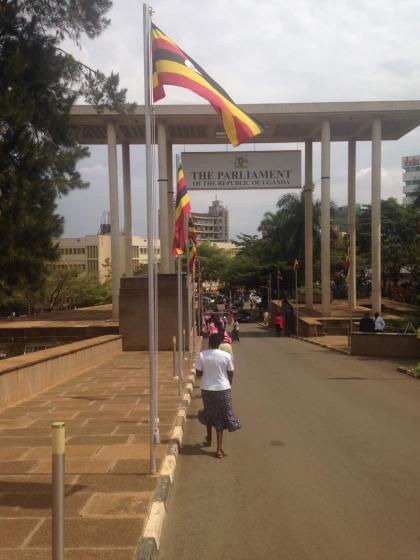 After the trip to Port Bell, Lindsey joked, “Now all the kids want to work at Port Bell,” and then they went to Parliament . . . 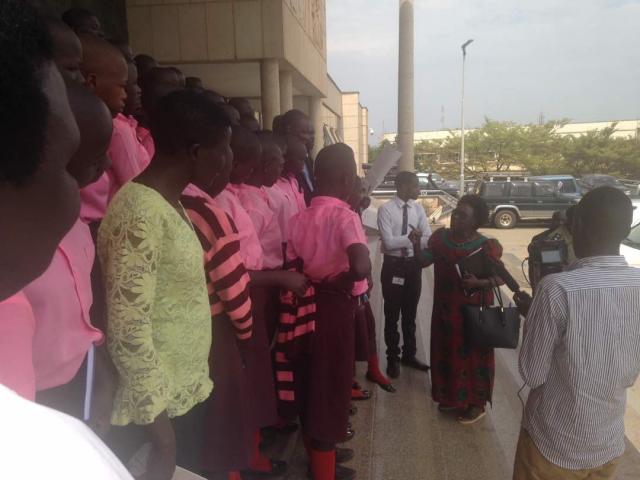 . . . and met the Honorable Cecilia Atim. And Lindsey said, “Now all our kids want to work in the parliament!”


On the last day, the children toured the Uganda Wildlife Education Center, where they saw elephants, giraffes, a lion, a cheetah, and other animals.

The children ended their field trip at the Uganda Museum, where they learned about the history of their country. 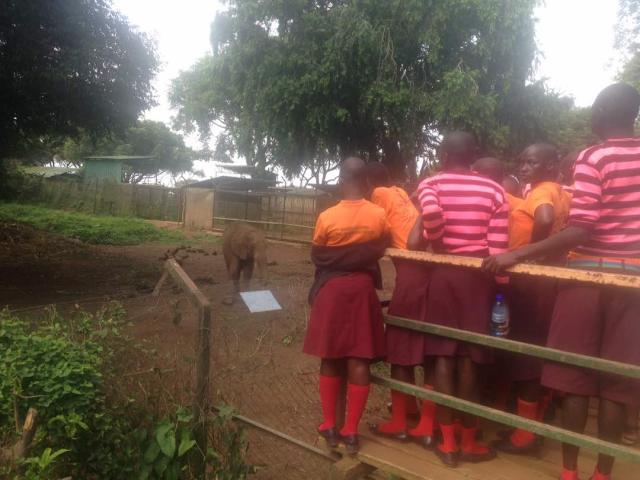 Winnie writes, “We got chances of seeing some animals which we used to [only] hear [the] names [of]. Animals like lions, zebras, snakes, buffalos,

giraffes, monkeys and other birds too.”


Staff say that this was the best study tour yet. Students returned from the trip encouraged and full of plans about their futures. Thank you so much

for supporting children in need and giving them hope for the future.

“Let me tell you that I, personally, would not even reach such places I have got chances to reach if not because of your support. . . . Thank you so

much for each and everything you have been doing. May God grant you happiness in your lives and blessings upon you all. I am proud of you all.

Because you try as much as you can to make me study well and forget my problems. I do not have anything much to share with you.

I cannot even help appreciating you for whatever you have done. If I remember all [that] you did, a smile comes onto my face.

May you be rewarded by God the Almighty in the Name of the Father, the Son, and the Holy Spirit.” 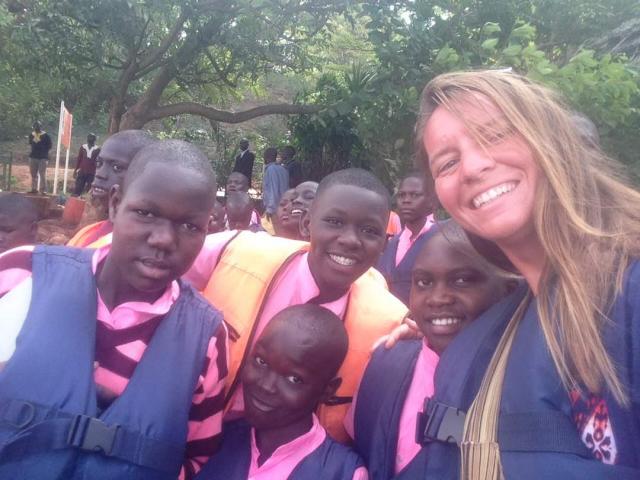 Lindsey and some of the students on the field trip. Thank you for supporting life-changing education in Uganda!