“If COTN hadn’t taken me from that hospital, I wouldn’t be able to stand in front of you today.”

20-year-old Steven means this quite literally – he is thinking back to the day when he couldn’t stand or walk – the day he lost everything.

January 12, 2010. It’s 4:53 PM and 10-year old Steven is just outside his house in Port-au-Prince, Haiti, escaping the late-afternoon heat inside. It’s a narrow alley way in a poorly-built slum, so when a magnitude 7.0 earthquake hits, walls come down on all sides. Steven is crushed, curled in a fetal position, under their weight. His pelvis is fractured and his spine and foot severely injured as well. Like so many other Haitians on that day, he thought it was the end of his life.

But Steven was one of the lucky ones. His mother, Belautte, was out at the time and uninjured. She rushed back to their home and pulled her son from the rubble. But by the time she got him free he was crippled with pain and unable to stand or move.

All nearby hospitals were full – or destroyed, and Steven needed medical attention right away. His mom got him on a bus and to Jimani - a Dominican town just over the border where she’d heard there were open clinics.

That clinic is where Steven was first connected with Children of the Nations (COTN). Moved by the news of the devastation in Haiti, a team of American doctors flew into the Dominican Republic where they met up with staff members from COTN’s Dominican clinic just a few hours from the border. Back in Silverdale, Washington, a group of volunteers donated and packed a 40-ft container full of medical supplies to keep them going. Resources and space were tight, and the patients kept flooding in. 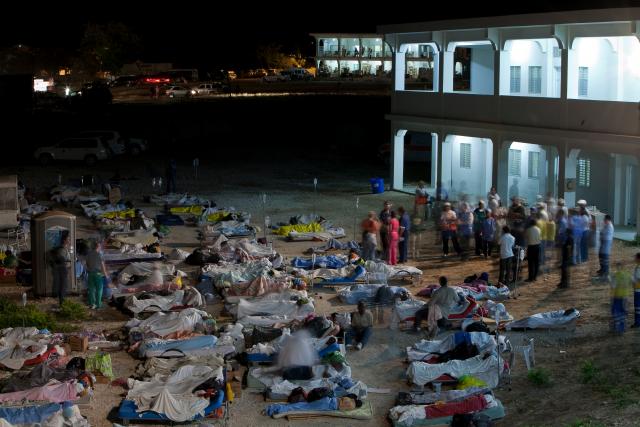 Patients filled every available space, including outdoors, at the clinic in Jimani.

Makeshift clinics cannot last forever, and there came a point that the COTN team had to leave. But so many of the children they had seen in that clinic needed long-term care if they were to recover at all. Many had emergency amputations and complex fractures and needed months of follow-up care. It was then that the team made a difficult decision – 13 of the children they cared for in Jimani were able to come back to COTN’s clinic in the Dominican. “There were so many people there, and they chose me,” Steven shares today. “I don’t know why.”
Steven’s mother, who stayed with him for two months at COTN’s clinic, has an explanation. “God placed love in your hearts for my boy,” she says. 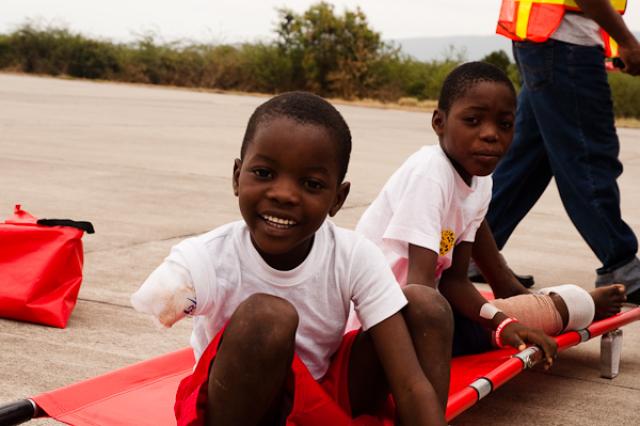 Luciano (front) and Mabobali, brothers who were both severly injured, were transported along with Steven and ten other children to COTN's clinic in Barahona.

At COTN, teams of doctors came and went to support the children – and the Dominican staff cared for them around the clock. “The doctors who came spent all day with me, slowly helping me to walk again,” Steven says. 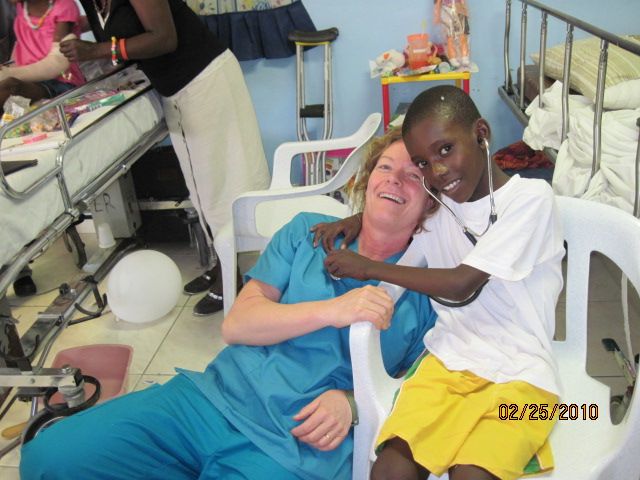 Steven plays with a volunteer nurse at COTN's clinic in February 2010.

And he finally did. Eventually, most of the Haitian children were well enough to return to Haiti. But there was only one problem. Their homes had been reduced to rubble. They had nothing to go back to. 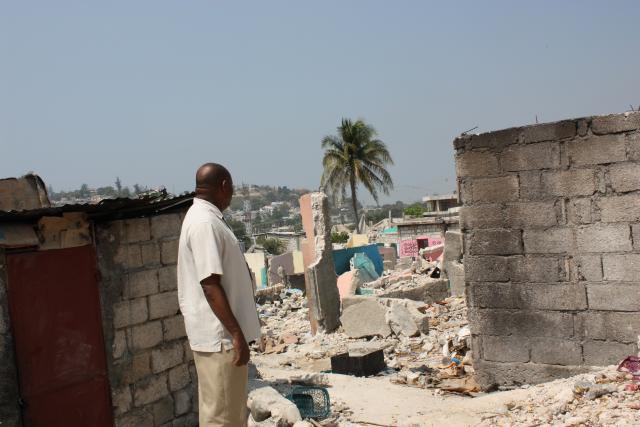 Most of the children COTN cared for had lost their homes and all their possessions in the earthquake.

“If COTN had just treated me in the hospital, that would have been enough,” says Steven. “But they came back to me in Haiti, because just giving me medical treatment wasn’t their whole objective. They didn’t want me to return to Haiti and be homeless.”

After the earthquake, international organizations flooded Haiti. But too many provided only temporary aid, leaving the long task of rebuilding lives and homes largely unfinished. Steven’s experience was different. COTN’s vision is to raise children who transform nations. And raising a child is a long-term investment. That committment also led COTN to establish a permanent ministry in Haiti. Today, 113 additional children benefit from assistance with food, school fees, and medical, spiritual, and social care, through child sponsorship. 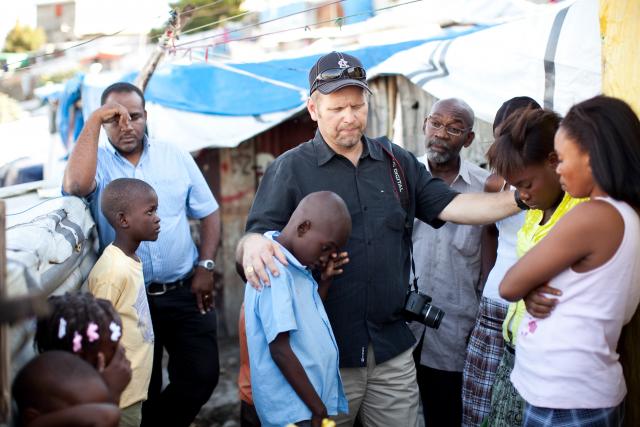 COTN's Founder, Chris Clark, prays with Stanley, one of the boys COTN cared for at their clinic, and his family outside of their tent in Port-au-Prince. Eventually COTN was able to help every family move into  safe, stable housing.

Thanks to his sponsors, who helped provide for his basic needs, Steven and his mom were able to move into a new small apartment in Port-au-Prince. Today, his mom runs a small business and is able to pay the rent on her own. Steven’s sponsors also supported him through school – as his mother was not able to afford the fees to keep him in class.

In 2018, Steven became the first of the rescued children to graduate from High School. He has spent the last year serving COTN as part of their preparation for university – he helps visit and check up on the 9 other children who are still part of COTN’s programs in Haiti (some have moved away or didn’t need ongoing support). His mother also volunteers regularly for COTN. And this January, Steven will be the first of these children to begin university, studying business administration. 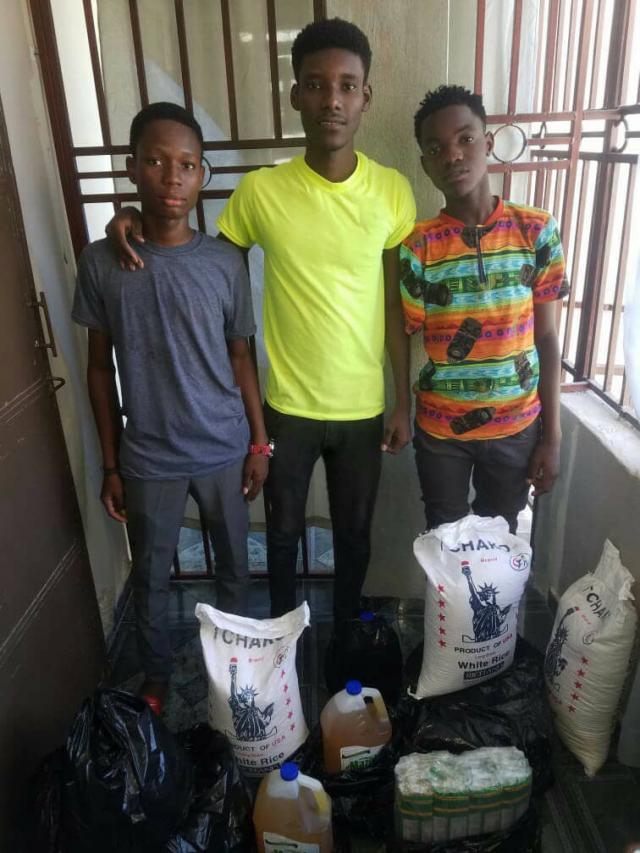 Steven delivers emergency food supplies to Jordani (left) and Luciano (right) this fall after violent political protests prevented the children from getting food.

That long-term commitment has had an impact on Steven. He has vowed to pay it forward in service to COTN and his country. Eventually, Steven hopes to start a business that will provide steady employment to other Haitians, as unemployment is one of the greatest problems facing the country. He also hopes to help bring transformation to the next generation through COTN.  “If COTN needs anything at any time, I am available,” he says. “I think of COTN as my mother and father.” 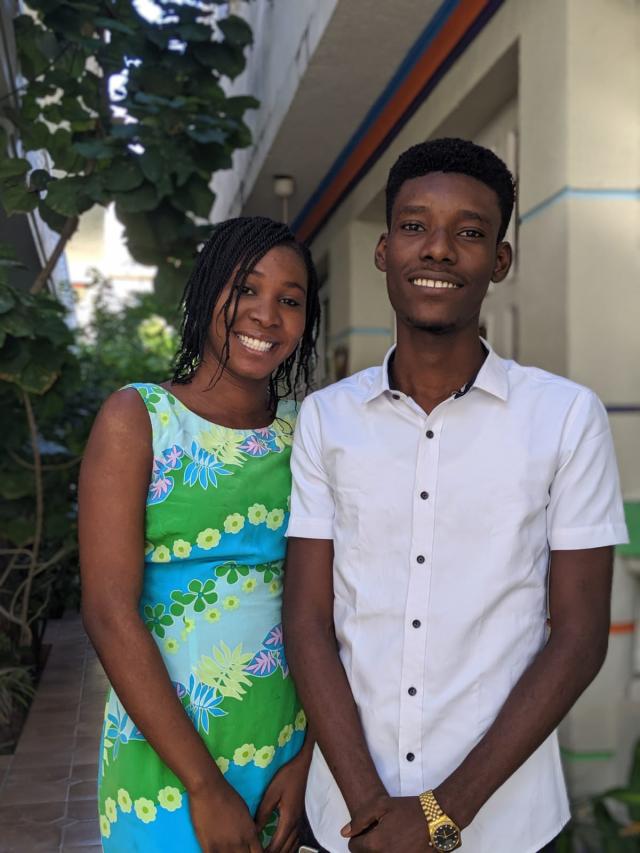 You can help a child in need like Steven. Sponsor a child and you can make more sucess stories like Steven's possible.