All that night, and for many days after, I couldn’t get those kids’ faces out of my head.

It rattled me to see just how different those neighbor kids looked from Dalton, the boy we accompanied home from Children of the Nations’ school. 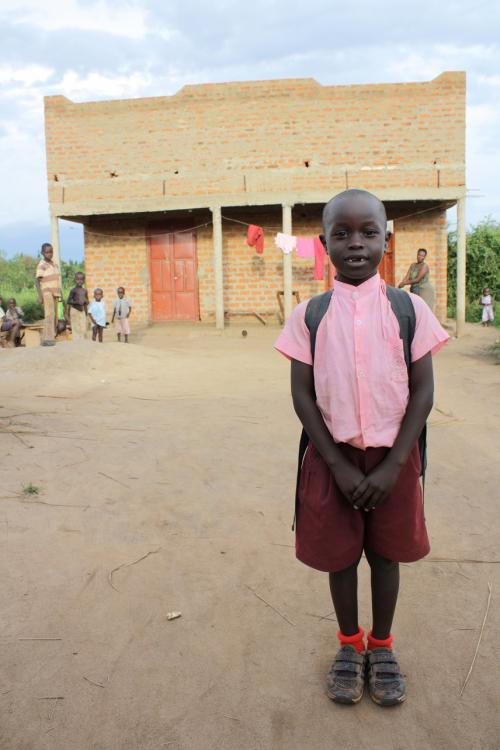 Dalton is one of the lucky ones, getting an education and food at the Children of the Nations school in Lira, Uganda.
It was my first trip to Uganda, in October of 2016. My wife Elisa and I were on an impromptu tour of the villages around the Children of the Nations ministry campus. Dalton needed a ride home from school, so we rode with some of the local staff through the villages, to drop him off.
When we got to Dalton's one-room home, there was a small group of children and adults huddled near the dirt road, talking and playing. The children came over to see us, the strangers who were with their neighbor Dalton. 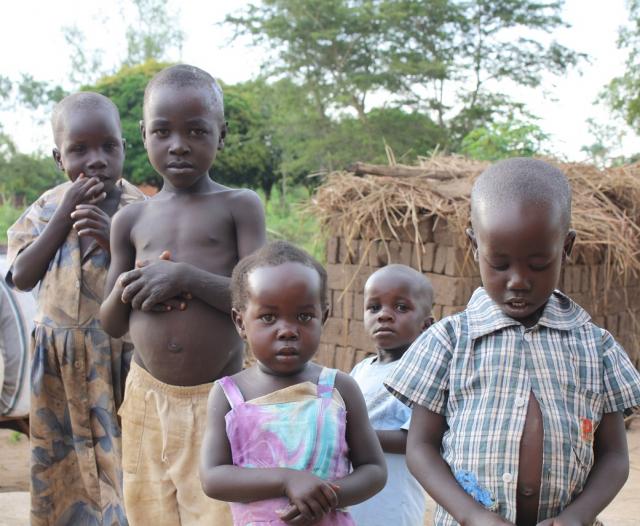 Dalton's neighbors. The contrast between them and Dalton shook me.
Unlike Dalton and his classmates at the Children of the Nations school, the neighbor kids were reserved in how they interacted with us. Unlike Dalton, one of the boys was missing patches of hair on the side of his head, most likely caused by illness or injury. Unlike Dalton, these kids didn’t smile much. And unlike Dalton, they were clothed in rags.
Even though I’ve spent time in Africa and Latin America over the years—and met a lot of children who live in desperate poverty—these particular children got to me as I saw how stark the contrast was between them and Dalton.
I saw how confident, clean, and healthy Dalton looked. And I knew that if he were not in the Children of the Nations child sponsorship program, he would be sickly, uneducated, and less hopeful, like his neighbors. 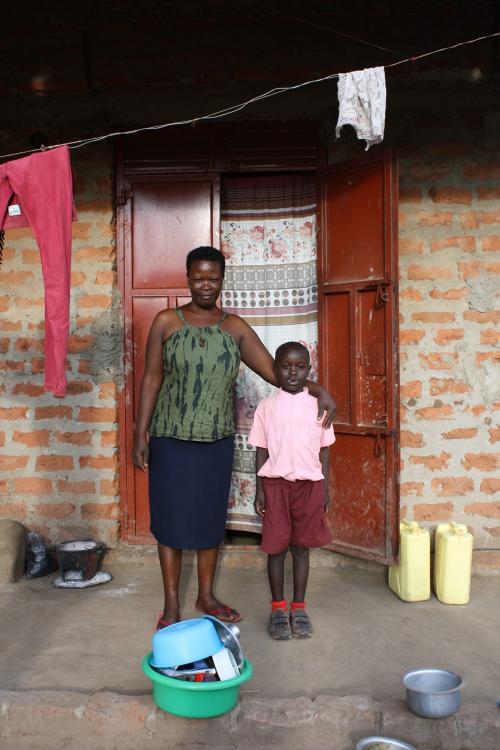 Dalton’s mom is less burdened now that her son is in a good school, getting an education and two meals a day.
That night, over dinner, our team discussed our highs and lows of the day. Tears welled up in my eyes (as they do now, writing this) as I told them about Dalton and his neighbors.
I know it’s only by the grace of God and the generosity of people like you that Dalton gets to attend the Children of the Nations school, has two meals provided for him each day, and sees his mom’s burden lightened so she can better care for him. If not for that, Dalton would be like his neighbors.
The only way Dalton and other children like him can continue receiving the amazing blessings they have is if you and I keep praying and rallying more people toward the goal of helping them.

by Brian Olson, Children of the Nations Staff