Massah explains that without education the Krio phrase “a go wreck” (meaning “becoming a wreck”) would have described her life. “I wouldn’t go further.” Massah says. “I would just stay there, ‘a go wreck’ there.”

Massah was just ten months old when rebels attacked her village in Sierra Leone. Her mother was ill when they fled into the bush, and she died shortly after. 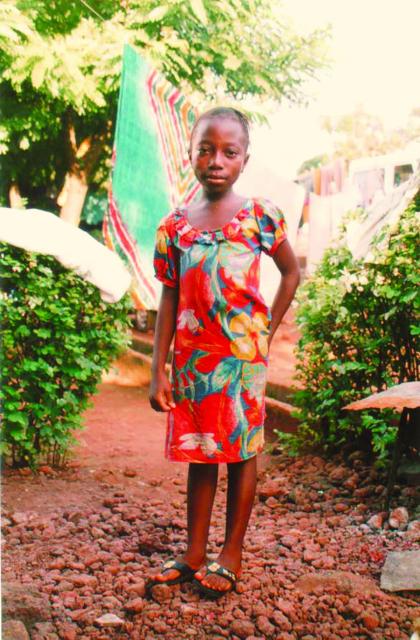 Later, when her father died, Massah had to live with her stepmother, who mistreated her. Massah’s older sister discovered how badly she was being treated and took her in. Massah’s sister cared for her and tried to send her to school, but she was a war widow, already struggling to provide for her own fatherless child.

Thanks to partners like you, Massah was able to come to COTN at the age of nine. She received good food, clothes, medical care, and a loving family. Massah could also finally attend a good school.

This took some getting used to. When she first attended school through COTN, Massah would fall asleep in class. “And then as time goes on I sat my exams to go to [second grade], and it was like a movie,” she says. “I came second! I was awake by that time!”

And ever since then, education has been a huge part of Massah’s life. 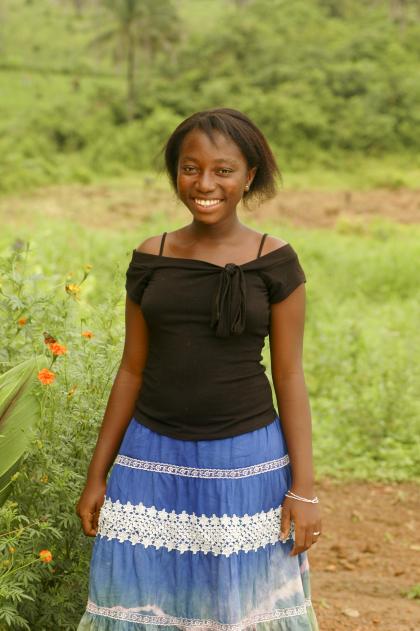 Massah showed promise early in her educational career. In 2010, she even placed in COTN’s essay contest!

Massah says, “Of my age group that I was with in primary school, some of them dropped out of school, some have given birth. And because of COTN I am up to this level without a baby.”

Thanks to your support of education through COTN, Massah ended up scoring very well on her exams. And when she applied for COTN’s University/Vocational program, she was ranked “the most impressive female applicant”!

Today, Massah is studying at ABC University in Liberia. She wants to be a social worker, so that she can help children in need—children like she once was.

She says, “I know that God is going to make ways for my dreams.”

When asked why people should give toward education, Massah explains, “Our vision statement says, ‘Raising children who transform nations.’ If they support education in Sierra Leone, their money will not go in vain. Nations are going to be transformed.”

As an example, she points to COTN–Sierra Leone students Susan, N’gardy, and Alex. Susan is now a university graduate and an accountant. N’gardy is studying counseling and is very involved in helping COTN’s younger children. Alex graduated with a degree in community development and is now COTN–Sierra Leone’s Village Partnership Program coordinator. 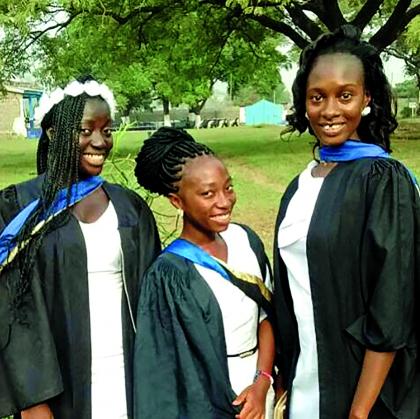 Massah (center) graduated from the Evangelical College of Theology with a two-year diploma in Community Development. This diploma is similar to an associate’s degree and is part of the process for her four-year degree. Here she is celebrating with other COTN–Sierra Leone graduates: Aminata Conteh and Christiana Tower.

Massah believes that the younger COTN students will soon be building on these successes: “And then our sponsors and donors will think, ‘Oh yes, our money has not been going in vain. These children, they really made us proud!’”

She adds, “I want the whole world to know that there are special people, great people, who they have not seen—and there are still people who can transform the world. Not only the ones like Martin Luther King and Mother Theresa and those who have died.”

Massah wants to be one of these people. But her story isn’t over. She’s still studying. She still needs your help. 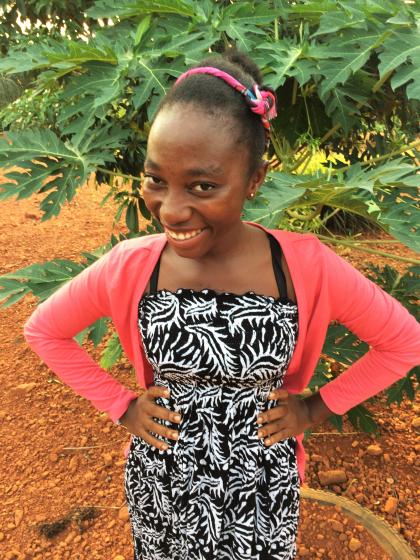 When she’s not at school, Massah is encouraging and serving the younger children at the Home.

Your donation to the Rally for Education will help Massah and children like her in Africa and the Caribbean who wouldn’t be able to get an education without you.

Your gift will keep more girls’ lives from being “a go wreck.” With your gift of education, they will able to say “a go ebul am” (“I will be able”)!