If You Believe: Seeing God’s Power in Haiti

Cassia Burke, former COTN staff writer, recently took her first trip to Haiti as COTN's Haiti country liaison. While there, she witnessed God at work, and she was kind enough to write down her experience and share it with us.
We hit the ground running, spending our first day going from house to house, visiting families that the staff had previously surveyed to evaluate the future of our program in the community. They had chosen a sampling for us to visit, with open ears and eyes to understand their needs. 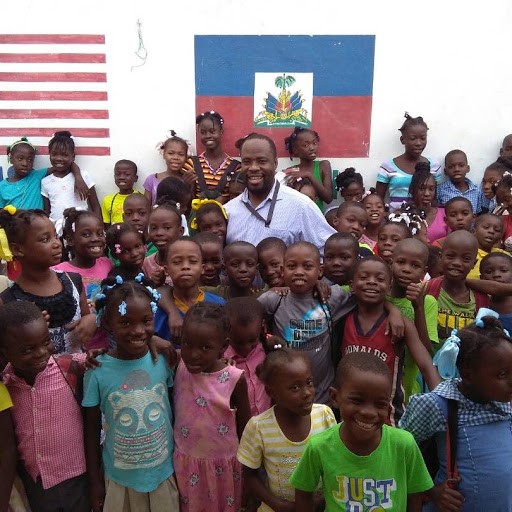 Pastor Mario Jeune, COTN–Haiti's country coordinator, is well-known in the community. He has a wonderful rapport with our children and their families!
It was beautiful to walk, sit, talk, and watch our in-country coordinator, Pastor Jeune, lovingly ask questions to better understand the families of the children we serve. People slowly opened up as he laughed, shared, and pressed deeper into their challenges and needs.
The second home we visited went much like the first. The mother of a 5-year-old boy in COTN’s sponsorship program came out of her tarp and metal home (a temporary shack provided by an NGO after the earthquake) to greet us and pull out plastic chairs to sit on the uneven soil. When Pastor Jeune got to the end of his questioning, and began to ask some medical questions, the mama told us her younger son, the little brother of the boy in our program, was very sick. 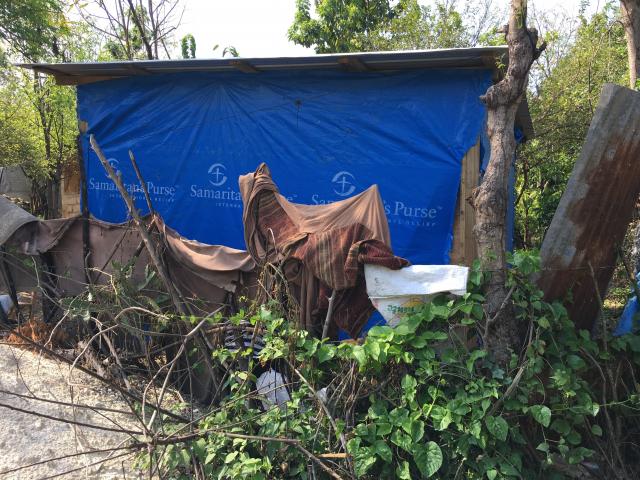 After the devastating 2010 earthquake, nonprofits flocked to Haiti and provided temporary housing. Eight years later, many families still live in those homes.
He was sitting in the dirt with no pants on, barely moving his tiny body. When he did move, he looked exhausted and weak. He was two, but the size of my one-year-old.
“He’s been sick for three months. Doesn’t eat. Doesn’t sleep. He’s always tired and has diarrhea. I took him to the hospital, but they couldn’t diagnose it.”
“Did you take him anywhere else?” asked Pastor Jeune.
The mama was reluctant to share, but eventually explained she had taken him to a voodoo doctor, a gangan, who told her he was spiritually possessed. 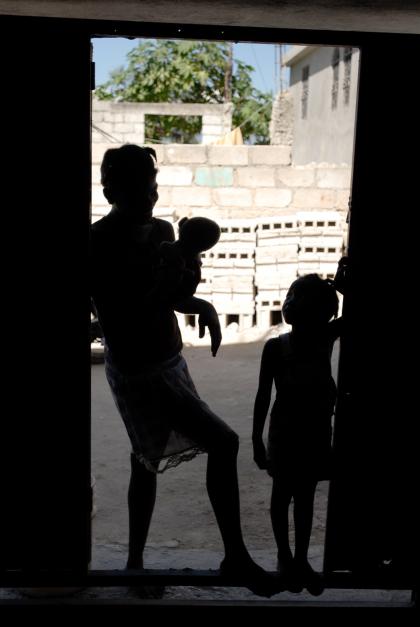 Voodoo, or the manipulation of spirits for personal gain, is commonly practiced in Haiti. When medicine fails, families often turn to voodoo to heal their children.
“I used to go to church, but since then, I haven’t.”
“You are trying to chase bad spirits with other bad spirits,” Pastor Jeune shared. “Only the power of God can do that.”
“I asked my church to pray, and no one came,” she replied.
“That’s not a problem with God, but a problem with the church administration,” he corrected. “We can pray right now, if you want.”
We all laid hands on the boy and Pastor Jeune prayed. Our hands were shaking.
Then we continued on our way, me repeating to myself: “You can’t swoop in and save every child. . . .”
But that boy never left my heart. We prayed that night and the next, and I texted our international medical director, Ashley Van Brunt, to ask advice. I knew she would come up with a helpful, yet appropriate response.
“Take him to the local hospital, and while you’re at it, write down the services they offer and the prices.”
Ashley’s always killing two birds with one stone. 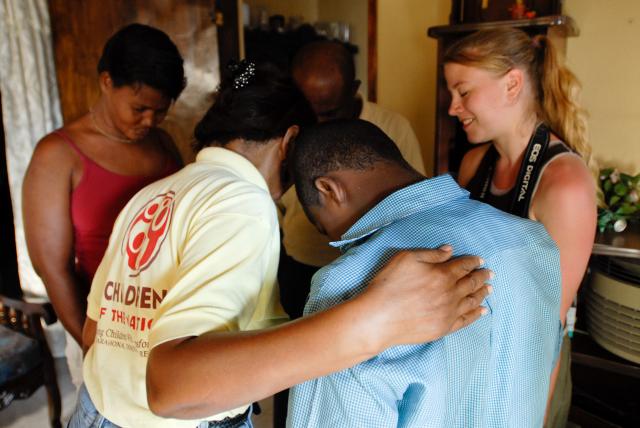 ". . . that boy never left my heart. We prayed that night and the next. . ."
That night I texted all my friends to pray. A phrase swirled in my mind: “Did I not tell you that if you believed, you would see the power of God?” I shared it with my friends. Is that even a verse? I wondered. It certainly wasn’t a verse I had ever memorized.
A quick Google search verified that it was. Lazurus, a dear friend of Jesus’, had died, and his sisters were weeping and railing against Jesus, who had come too late, so it seemed, to save him. “Roll open the tomb,” He had told them, but they objected because of the smell that would have been there.
“Did I not tell you that if you believed, you would see the power of God?”
They rolled it open and there Lazurus stood, alive.
Turns out that our “evaluation” the next morning consisted of learning that the mom and boy would have to wait all day, and still probably wouldn't get seen. So they chose to go home. Something in my heart said, God, don’t make us trust You this much. Couldn’t the miracle just be the timing of our visit and that we brought him to the hospital?
We dropped them at home, prayed one more time, and went on our way.
That afternoon a team member went back to check on the little boy, but he wasn’t at home. He was on the soccer field, running and playing. 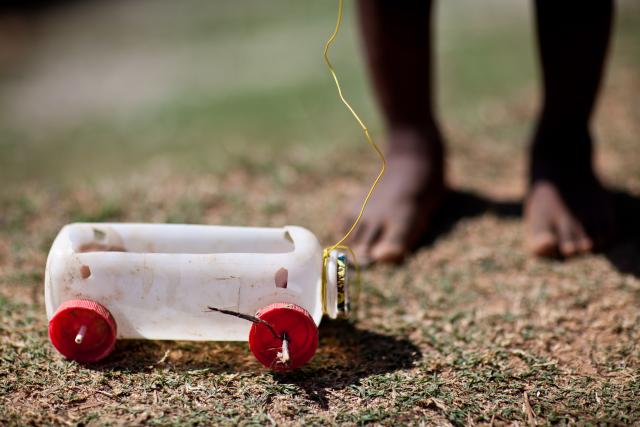 When one of Cassia's team members checked in on the little boy, he was gone. He was running on the soccer field!
So much happened in my stubborn heart as this all unfolded. Yet once again, God reminded me, specifically, that He listens to and answers my prayers, even the random ones, and even the ones I can barely muster the faith to say. He’s been teaching me this all year, but doesn’t seem to mind that I forget.
But more than that, He showed me, that when you pray for and follow His direction, and respond to the needs He shows you, He does something that goes way beyond the physical aid that was given. So many of the stories where Jesus healed someone involved a beautiful personal exchange, and ended with them on their knees in worship.
I don’t know why God healed this baby, and not the thousands others in need in Haiti that day, and what the rest of his family's story will look like. But I do know He worked in my heart through it all, and brought me to my knees.
And we continue to pray that this woman would know, as we believe, that it was God who healed her son, and that she would worship Him and proclaim the wonderful things He has done for her to everyone she knows.
It is through your prayerful support that incredible stories of transformation, like the one Cassia witnessed, are possible. Thank you!
P.S. Is God calling you to Haiti? Go on a Venture trip!