Hope in the Darkest Places 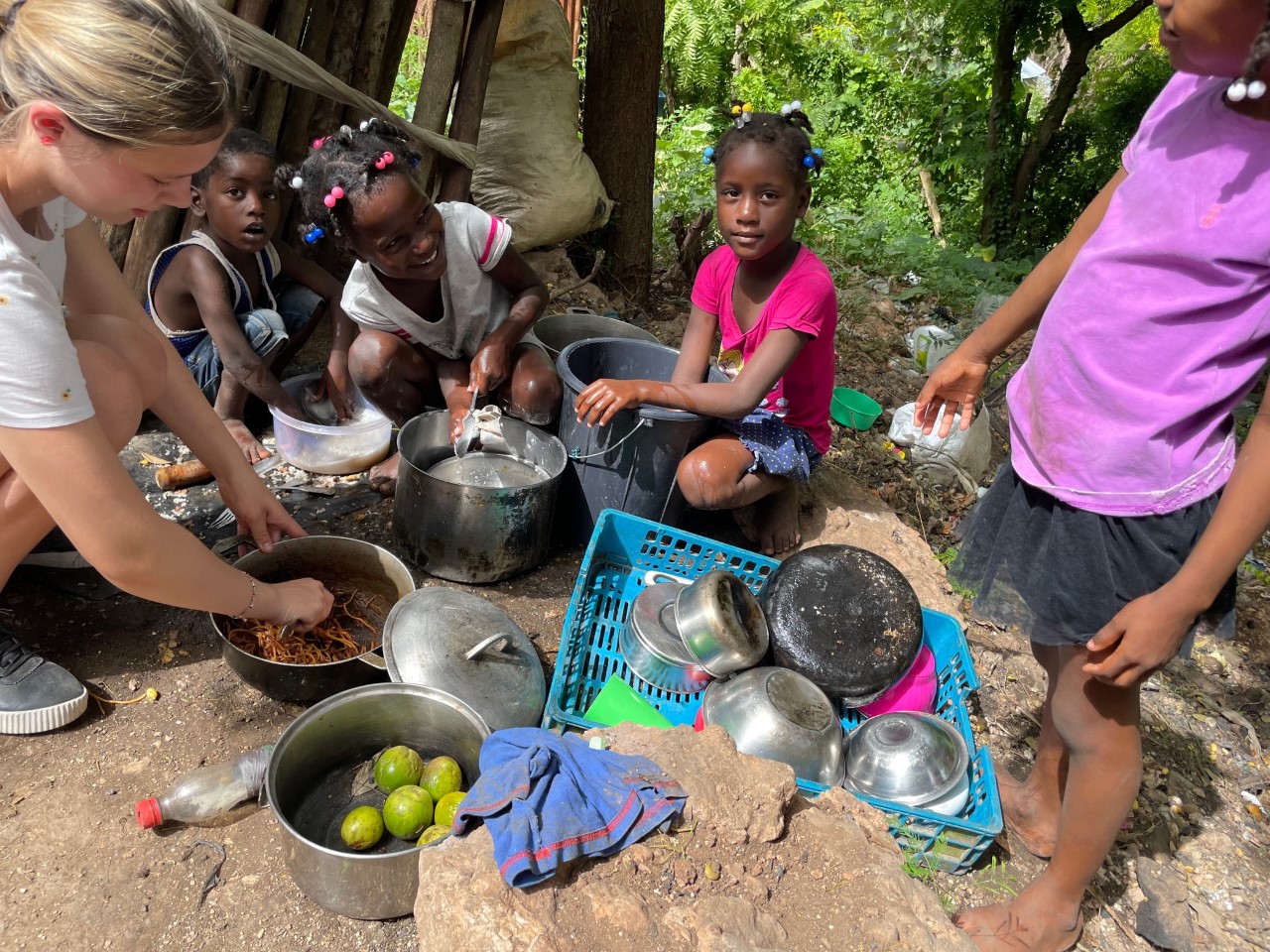 On a warm, sunny Tuesday, our bus slowly pulled into the community and the team piled out. Two girls were selling popsicles and we bought some for everyone.

I’ve led ten Venture teams, and this is my fourth trip to the Dominican Republic with Children of the Nations. I was excited for the team to immerse themselves in the community.

Our guide was Carolina, one of our staff members who has been actively working in these communities for years. She led us up a small hill and around a corner on a dirt road then stopped and turned in through a sheet metal door in the fence. We followed her in and ducked under a string of barbed wire. There was a tiny house and I saw four small children doing dishes on the ground.

The house was a shack made of tree limbs lashed together with cardboard and a tin metal roof with holes in it. Out of it burst a woman throwing her hands in the air, hugging Carolina, and speaking loudly in Spanish. Her tone and demeanor was that of relief. She knew who we were, and now that we had arrived, she could leave.

She was not the children’s mother but a neighbor watching the children while their aunt was at the market trying to make money.

The children’s mother had been very sick for a long time. She had passed away just three months ago. Their father had left with another woman.

The house was dirty and unkept, even by batey standards. My impression was that Carolina was just dropping us off with our Venture coordinator, Claudio, checking in on a few families, and then heading back to the office while we spent the afternoon playing with the kids and getting to know the family. 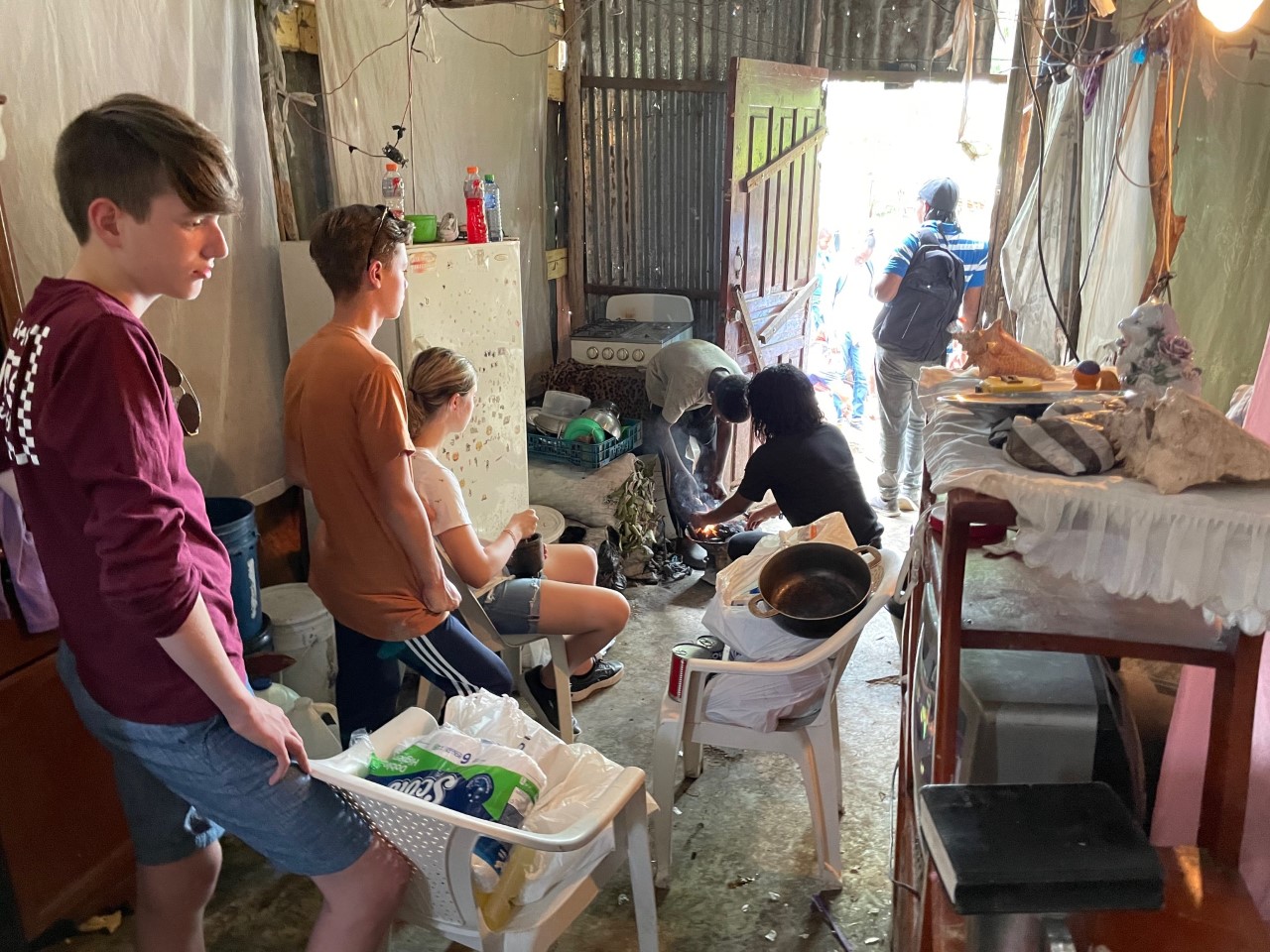 Our Venture team visiting the home of the children.

But in the house, with the neighbor now gone, she looked around and I saw her pause in her spirit. She said aloud in English, mostly speaking to herself, “No, I am going to cook for them."

The team awkwardly began to try to interact with the children and take in the surroundings. Matea, a fifteen-year-old girl on our team, dropped right down next to the children and started helping with the dishes, scraping out a big pot.

Carolina started to prepare a meal.

The team began to help. Tony opened a tin of canned fish by carefully cutting around the top with a knife. Matea mashed garlic with a mortar and pestle.

Several months ago, the principal of our school found out about the situation of these children through the community when their mother got sick. Our staff visited her in the hospital, but she did not get better. At home, their mother was constantly in bed, almost never able to get up.

At that point, the four children, ages three to nine, were basically on their own. A child-head-of-household.

Carolina told me that when she visited them for the first time she found half-cooked food on the floor, a burned carrot lying next to some charcoal—the children’s attempt at cooking. The house was absolutely filthy. The door had come off the refrigerator and there was almost no food in the house. 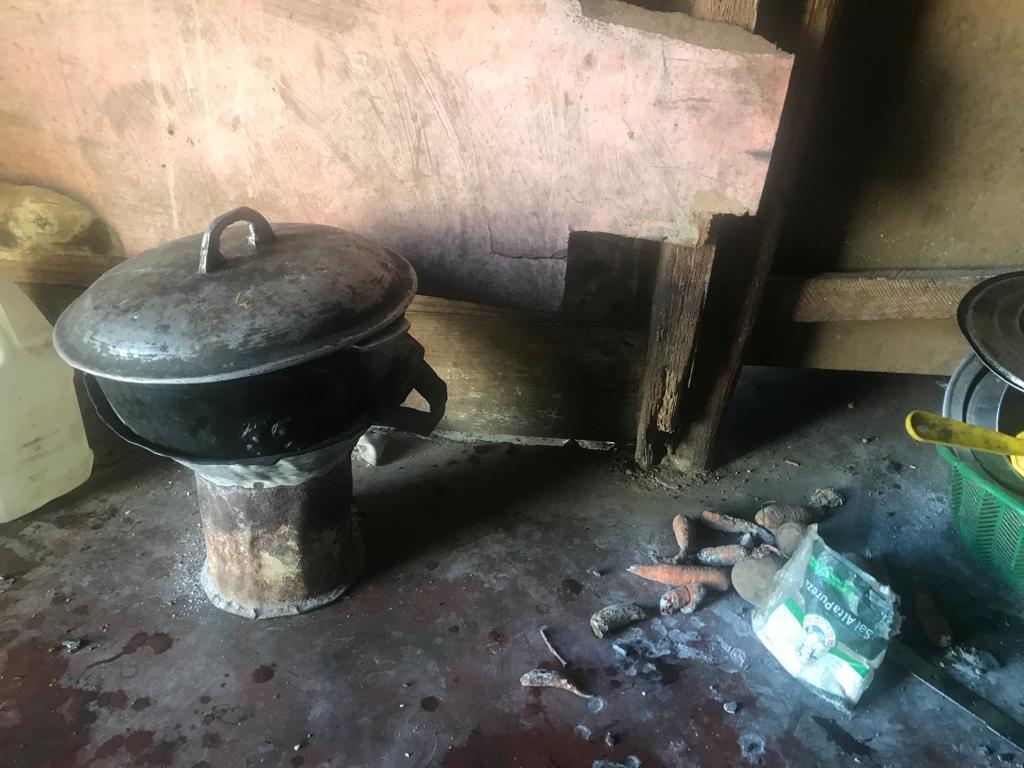 The home the children were living in before they joined Children of the Nations.

Then their mother died. All of a sudden, the four children became orphans.

The community reached out to Niños de las Naciones (Children of the Nations) for help. Our staff stepped in and provided new beds for the children and entered the two boys, Miguel and Juan, into our program. The girls are not in our program but attend another school (Carolina told me it would be better if they were in our program).

Dr. Salomón, our community doctor, and the community nurse are part of the team with Carolina that frequently check on their wellbeing. Even when the mother was sick they would bring food for the mother and the children.

When I think about what would’ve happened if our Dominican staff had not been there when the community asked for help, I feel the desperation of that future.

But we were there.

A global community of people who care about children like Miguel, Juan, Maria, and Isabel. People who will stand up for them, advocate for them, donate their time and money, who will travel all the way to the Dominican Republic to spend a few hours in the afternoon with them.

They are now in school and we are there, showing up for them every day. Because of the dedication of our staff and our generous partners, they have a way out of poverty—an open door into bright futures.

This is the kind of work I want to do.

Tyler, one of the young men on the team, told me one evening, “I’m so glad I came on the trip, but I don’t feel like I’m really doing very much.”

I told him, “You’ve come here to spend time with these children and families. You'd be surprised how many people won’t do that. Extreme poverty is too uncomfortable. Many people don’t want to think about it because it’s too dirty, too messy, and they just want to get their lattes and stay in their comfortable lives. You’re here and you see these children. The world looks away.”

The question then becomes, once you’ve seen it, what are you going to do?

You could look at that burned carrot and feel hopeless. But it's not—because of the work Carolina and our staff are doing. And you can be a part of it.

At Children of the Nations we say, “The Venture trip begins when you get home.” Do you really want to help these children? Advocate for them. Share your experience with your friends, family, neighbors, community, and church. Ask if your church will get involved and host a ‘Child Sponsorship Sunday.’

Get involved. Get others involved. Volunteer. Donate your used laptop so a university student can have a computer. Post your photos and share their stories. Invite people to sponsor a child. Come on a trip to see for yourself. 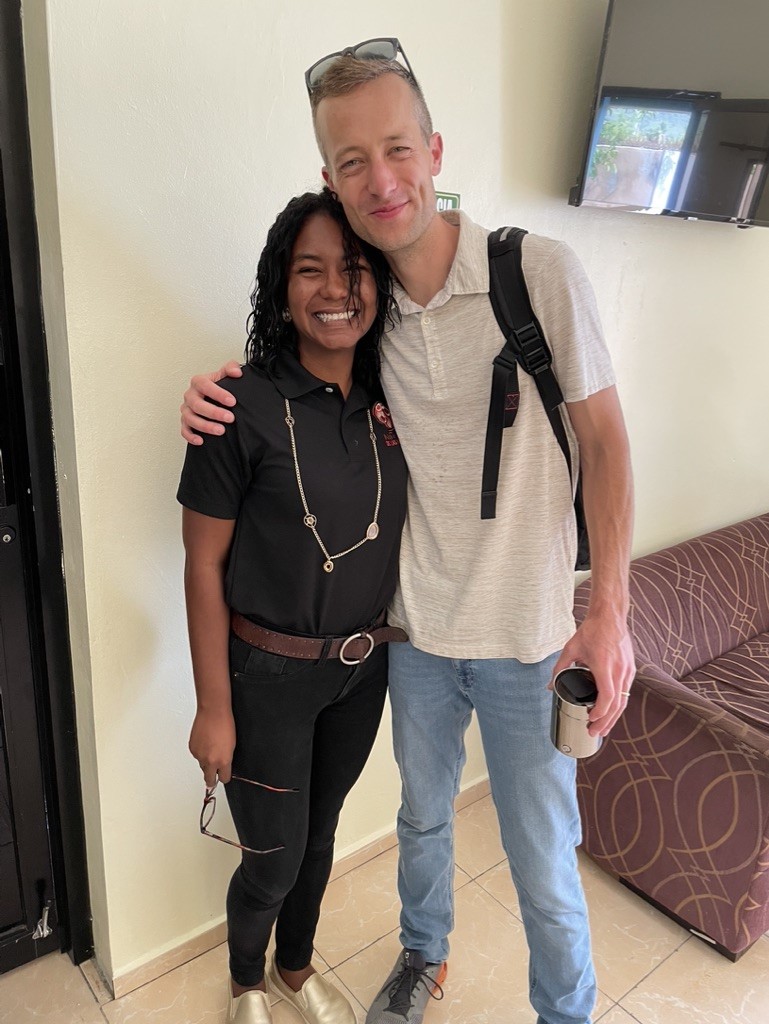 Carolina grew up in the batey of Algodón. So she understands.

She is my sister. As our team was driving away to the airport, I texted her “Muchas gracias for everything you do for the children. I see your heart. And your heart is good.”

Note: The children's names in this story have been changed to protect their privacy.