Sierra Leoneans love football (soccer in the States). The sport gets everyone excited, whether they’re watching or playing.
For children at COTN–Sierra Leone, football camp is a great way to build relationships and get exercise. Our children loved
when we were able to provide football camp . . . except for one.
Mabinty had never liked football. She teased the other girls who would play, saying they would get muscular “like boys.”
She would rather stay home than play. That’s because, for Mabinty, football was only for boys.
In the summer of 2017, COTN–Sierra Leone announced that a Venture team, led by Josie Graybeal, was coming to organize
football camp. And God started changing Mabinty’s heart. 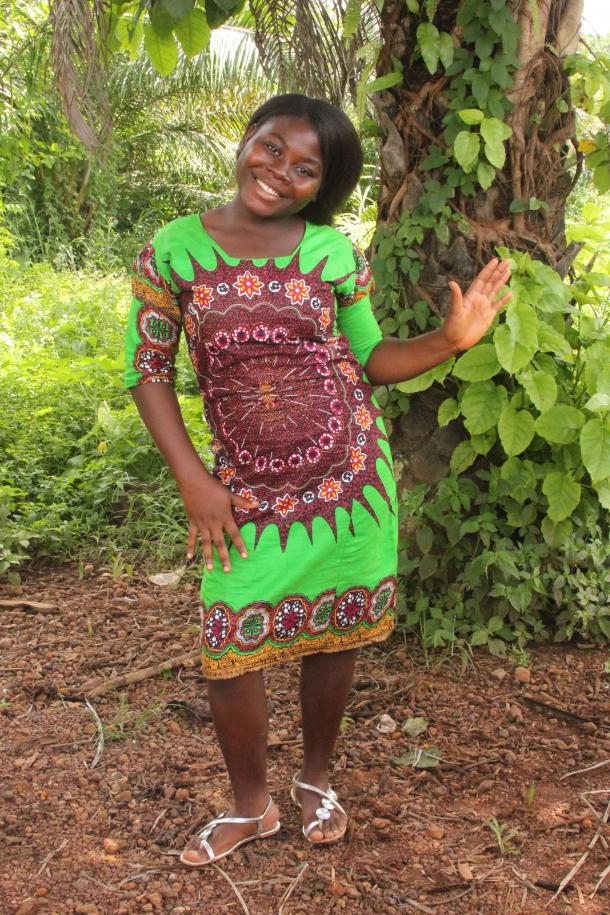 Football camp changed Mabinty's life and opened her eyes about what it means to be a young woman.
“After the announcement there was jubilation in the church,” she says. “Right from there my perception changed about football.”
Mabinty realized that Josie was a woman’s name, and the whole church was excited to play football with her! She says she wanted
to be like “Josie, a female, who can play football. I can play football also as a female. If she can be admired by people when
playing football, I would like [to be admired by playing] too.”
When the time came to sign up for football camp, Mabinty put her name down. But she started questioning her decision.
“When the day was near,” she says, “I became nervous, ashamed and discouraged to play. However, I prayed to God for
courage and peace to overcome [nervousness] and shame.” 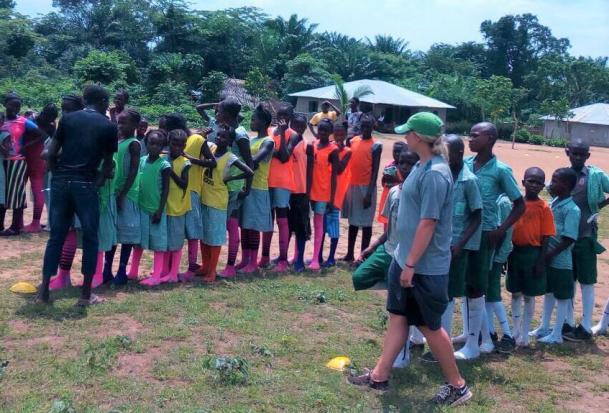 COTN–Sierra Leone liaison Mark Drennan says of football camp, “Bringing so many of our kids . . . together to share in something
they love to do is then a great opportunity to build relationships . . . and teach them about other things that are important for their
development.”
With God’s courage in her heart, Mabinty went to camp, where she attended a devotional and learned the rules of football. When
the game began, she had one goal: to not let her team lose.
“I fell several times on the ground as the game played,” she says. “Finally, we ended up in penalty where we won four goals against
our opponent.”
In the evening, all of the campers assembled for an awards ceremony. To Mabinty’s surprise, she was named the best female football
player and received a pair of cleats!
“Soccer camp was a turning point in my life as it was an amazing moment. It's impacted [me] by making me love playing and
[showing me] that women can play it too.” 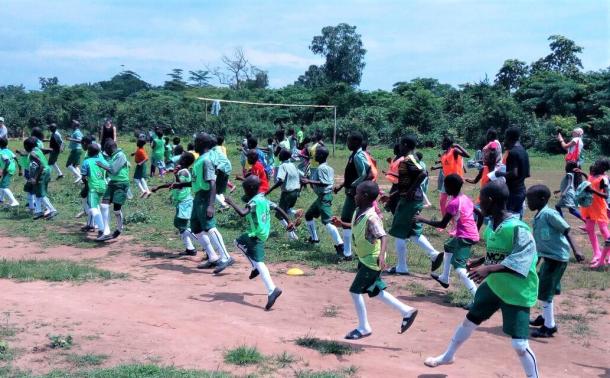 “The excitement that the camps generate also encourages our girls and young women to step off the sidelines and actually give
playing a go,” Mark Drennan says.
Football camp and programs like it are only possible because of partners like you. You’re providing children a chance to get
exercise, to make friends, to learn confidence and sportsmanship, and to try new things. Young women in countries
like Sierra Leone are often bound by strict gender roles, but you helped Mabinty tackle a new situation with courage and discover
a new confidence and love of football!
Thank you for helping children like Mabinty experience transformation through sports.