“See, I never thought I could become a designer. I thought designing is only for the smartest people; I think now I am one

of the smartest people,” says Agnes. 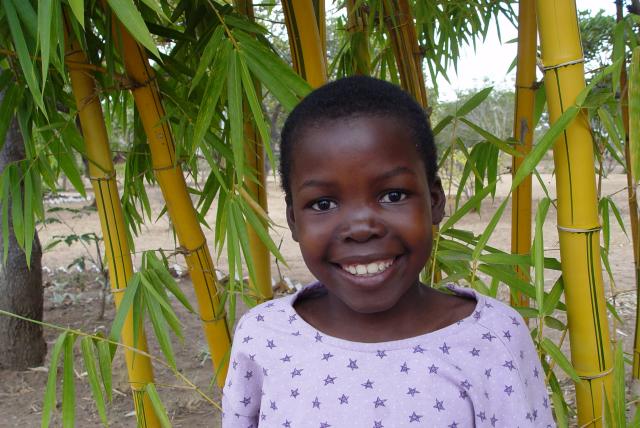 When Agnes came to COTN, she was shy and withdrawn, but soon the staff began to see her personality blossom.

Agnes came to COTN–Malawi when she was around six years old. She was malnourished and shy. Her mother had died and her father had

with her. When Agnes arrived at COTN, she could barely speak or cry or laugh.

Just one year after she came to Children of the Nations, the difference in Agnes was obvious. Agnes was able to laugh and play with her

friends. She loved netball, math, and reading her Bible.

Agnes felt safe in her new family, but she still cherished memories of her mother. She particularly remembered the rare occasions when

her mother would buy her a new dress.

Today, Agnes is 22 years old and a budding fashion designer. 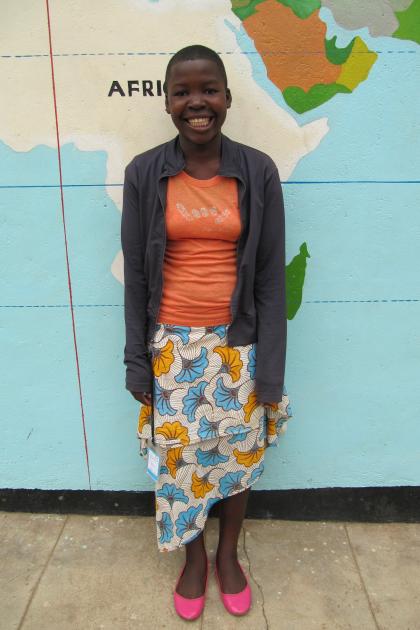 Before she started studying fashion design and sewing, Agnes had other plans. She says, “I wanted to become a nurse so that I could be

helping people that are suffering.”

But Agnes was disappointed to find that her exam grades weren’t high enough to go on to university. So nursing was no longer an option.

However, COTN was able to help her get into a vocational skills training program, where Agnes showed a talent for sewing and fashion.

school. We sent 23 COTN graduates, including Agnes, to six-month skills courses. The various courses include: carpentry and joinery, textile

“I love making a dress and a skirt because I love dresses,” explains Agnes. Not only did Agnes have talent and passion, she also had a strong

determination to succeed. “I [said to] myself that this is what I want to do and I just had to do,” says Agnes. 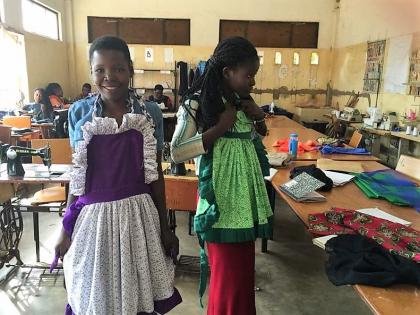 “I would like to thank COTN for giving me hope when I had none,” says Agnes. “I did not do well in my year-end exams in form four [grade 12],
and I thought, ‘This is where I end.’ But sending me to [skills training] has given me hope that I can still do more in life.”

The training wasn’t easy. Sometimes, Agnes struggled. While she enjoyed making dresses and skirts, Agnes found shorts so challenging that she
was afraid she wouldn’t be able to pass that portion of her exams. She even considered quitting the program. But she persevered.

“I will help people the same way I could have helped them if I became a nurse,” says Agnes. “A good example is a lady that is getting married:
she will look good and not become embarrassed in front of her friends because her bridesmaids look good. Because of me, she will celebrate
and love her day.”

Agnes passed her exams. And now she’s working with the Khamalathu Women, who make mosquito nets for a living. She says, “I would like to
practice, that’s why this time around [I] am sticking around Khamalathu Women so I can learn how to make nets as well.” 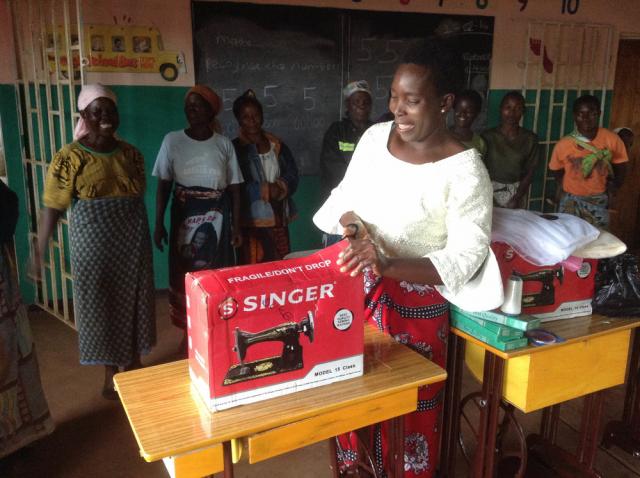 Most of the Khamalathu women are widowed and have struggled to provide for their children. The mosquito net project gives them a livelihood

and a way to help their community.

“Children of the Nations has taught me how to love; there is love in this family,” says Agnes. “Someone that never knew me took me, fed me,

and sent me to school. I would like to do the same to others, and I will never forget love in my life.”

Agnes continues to work hard and dream big. “I want COTN to keep on praying for me that doors should open, that I become a better designer”

(i.e., a worldwide-known designer), “and I want my brand name to be Aggie Designs. I believe I can do this, but only through prayer.”

She says she would like to rival Lilly Alfonso, (currently, one of the most expensive and popular designers in Malawi). She also wants to train others 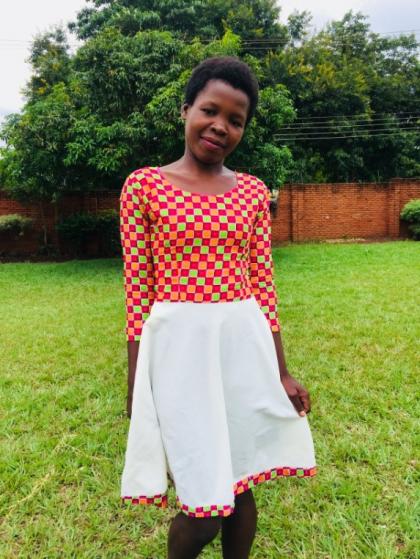 Agnes shows off a dress she made. She says, "There is more to designing than just sitting in a classroom. You have to have the eye."

Agnes is excited to pass on the joy of a new dress that her mother first shared with her. Even though her early years were frightening

and she faced obstacles on her educational path, Agnes is filled with gratitude.

And she has a message for her sponsors and the COTN staff: “I pray that God should bless them and their families. All of you worked

very hard trying to bring out the best in me. Therefore, thank you so much!”

Thank you for creating a hope and a future for students like Agnes!