When twelve-year-old Janet first came to COTN–Uganda’s Children’s Home, she was finally able to attend school

regularly. But twelve years old is pretty late to start an educational career. COTN staff described Janet as a “well-behaved,

active, and friendly, young girl.” But they also noted: “She is easily distracted and needs someone to encourage her in school studies.” 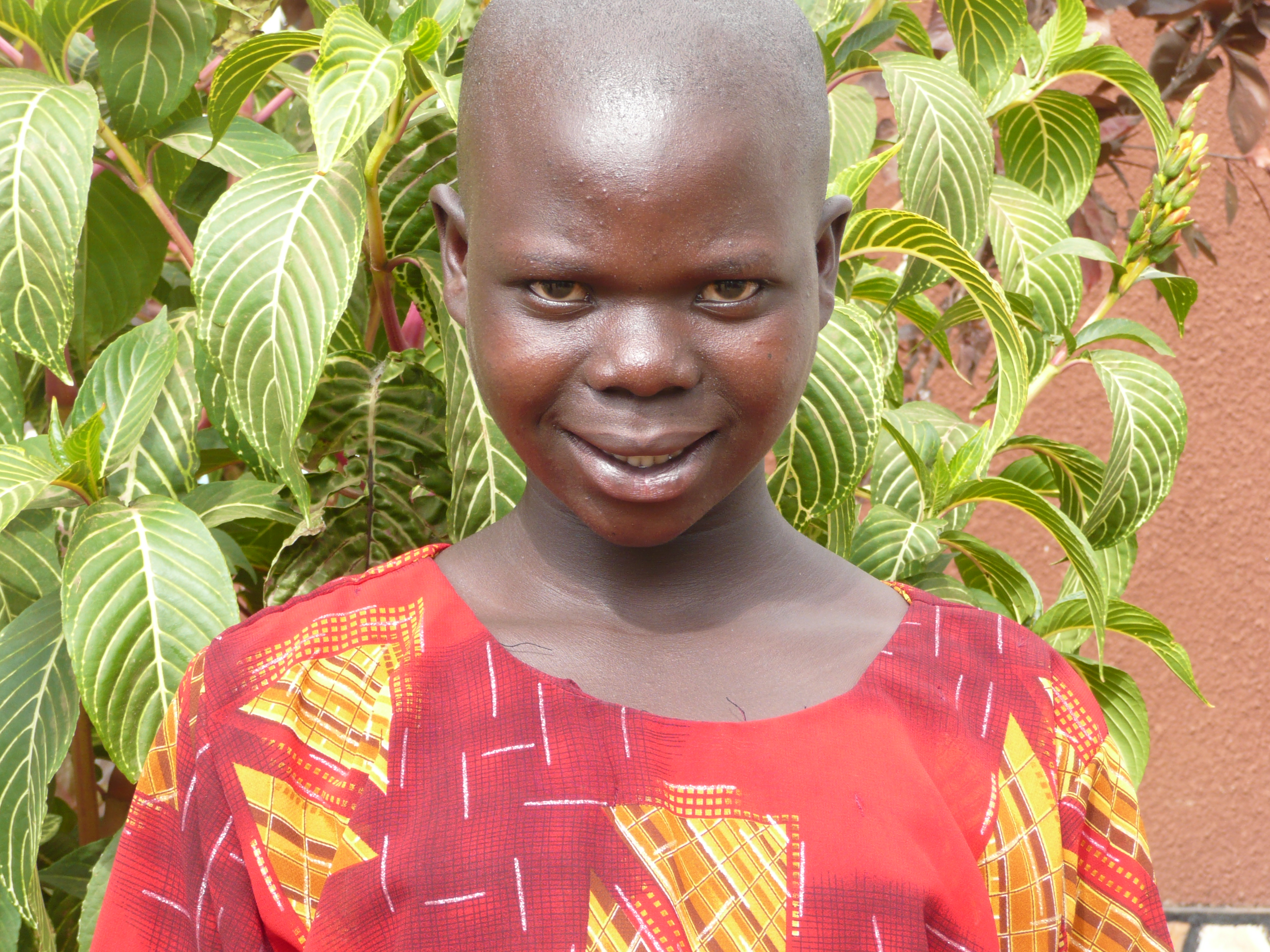 Still, every time Janet was asked what she wanted to be when she grew up, she answered with “a primary school teacher” or “a school administrator."

Janet’s father had been killed during the 2004 Barlonyo massacre in Uganda. Not long after this, her mother disappeared. Janet and her siblings

ended up in a refugee camp.

Janet’s mother eventually remarried, and she brought Janet, Janet’s sister Rose, and their brothers to live with their new stepfather. But this new marriage 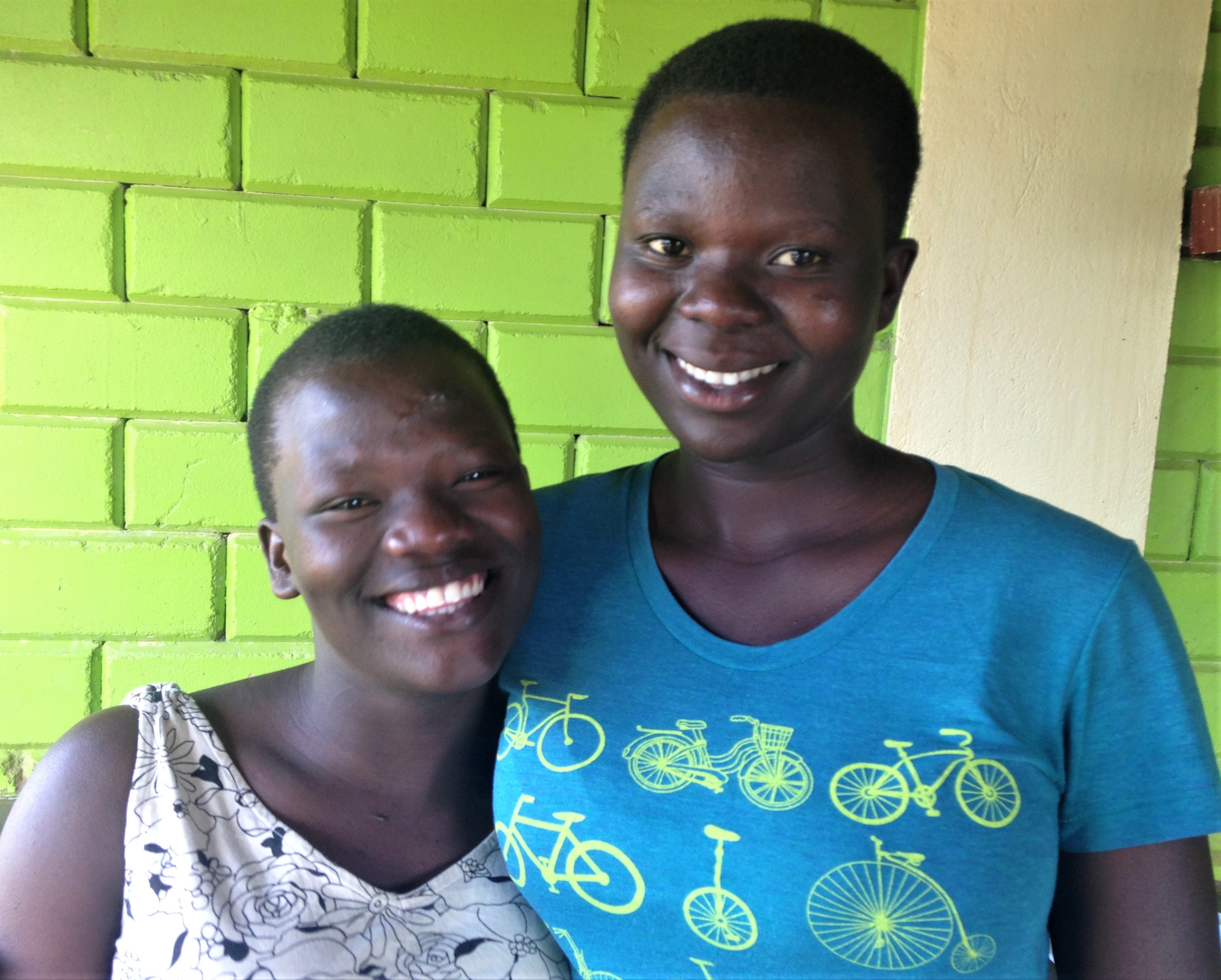 Rose and her older sister Janet. When they were growing up, Rose relied a lot on Janet's protection.

“He would drink a lot of alcohol, and so he would disturb my mother,” Janet explains. “And you know if your mother is not OK, you kids will also

not be OK. But he did allow us to go to school. He tried to pay for our fees, but it was too much, and many times we were chased from school

because he didn’t have enough money.”

Janet’s mother left her new husband and took her children back to her village. Occasionally, they were able to work in someone’s garden to earn a

little money to buy food. But this wasn't enough to live on.

After a year, Janet’s mother left her children to go back to her husband. Now Janet truly had nothing.

Before Janet’s mother had left, COTN had visited their village and agreed to take Rose into their program. When COTN staff returned to pick up Rose,

the girl refused to go without her sister. Rose and Janet had developed a strong sisterly bond during their hardships. As Janet says, “When the rebels

chased us, the two of us would run from them together. The few times we went to school, whenever I got food, I would divide it and share with 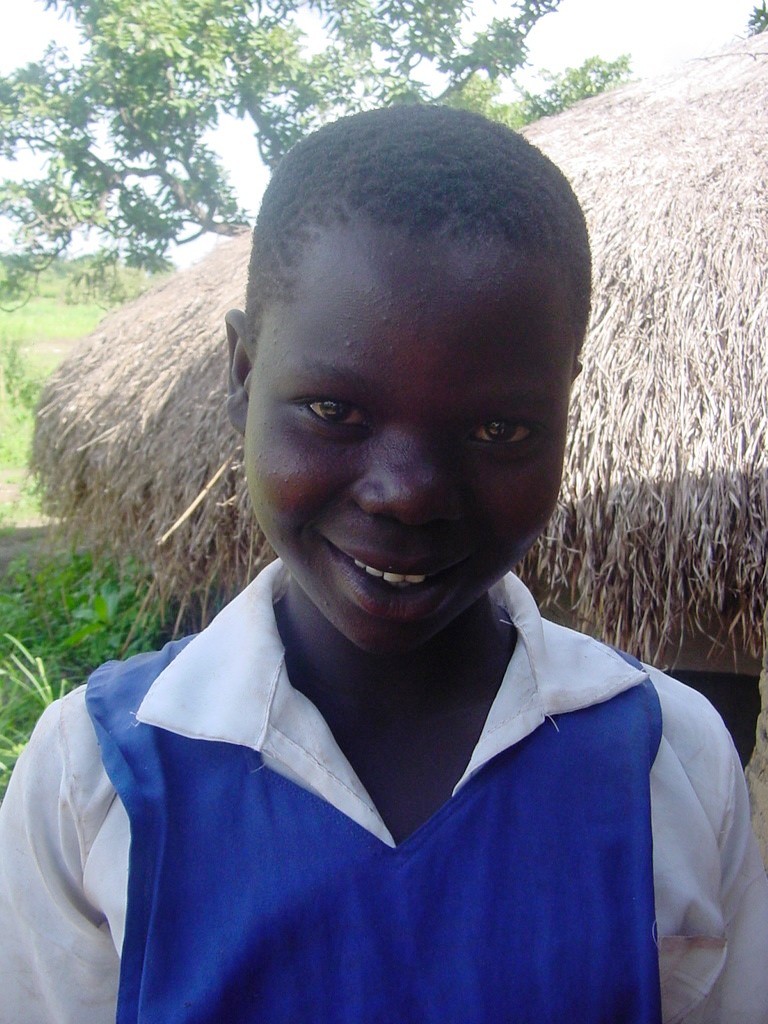 At first, Janet struggled to feel at home at COTN.

But even with the presence of her sister, adjusting to life at the COTN–Uganda Children’s Home was difficult for Janet. Everything was strange

and new. She missed the rest of her family. Some of the other children picked on her. At one point, she even tried to run away.

But as time passed, Janet began to feel at home. She says, “I got used to it because I wasn’t missing anything, everything was provided for me.

This place was different because everything I needed was there. Breakfast, lunch and supper: all there. And that is when the confidence to

In addition to her physical needs, Janet’s educational needs were finally met: “I didn’t know how to write, read, anything,” says Janet. “But

some of the staff started working with us, and I started picking up.” 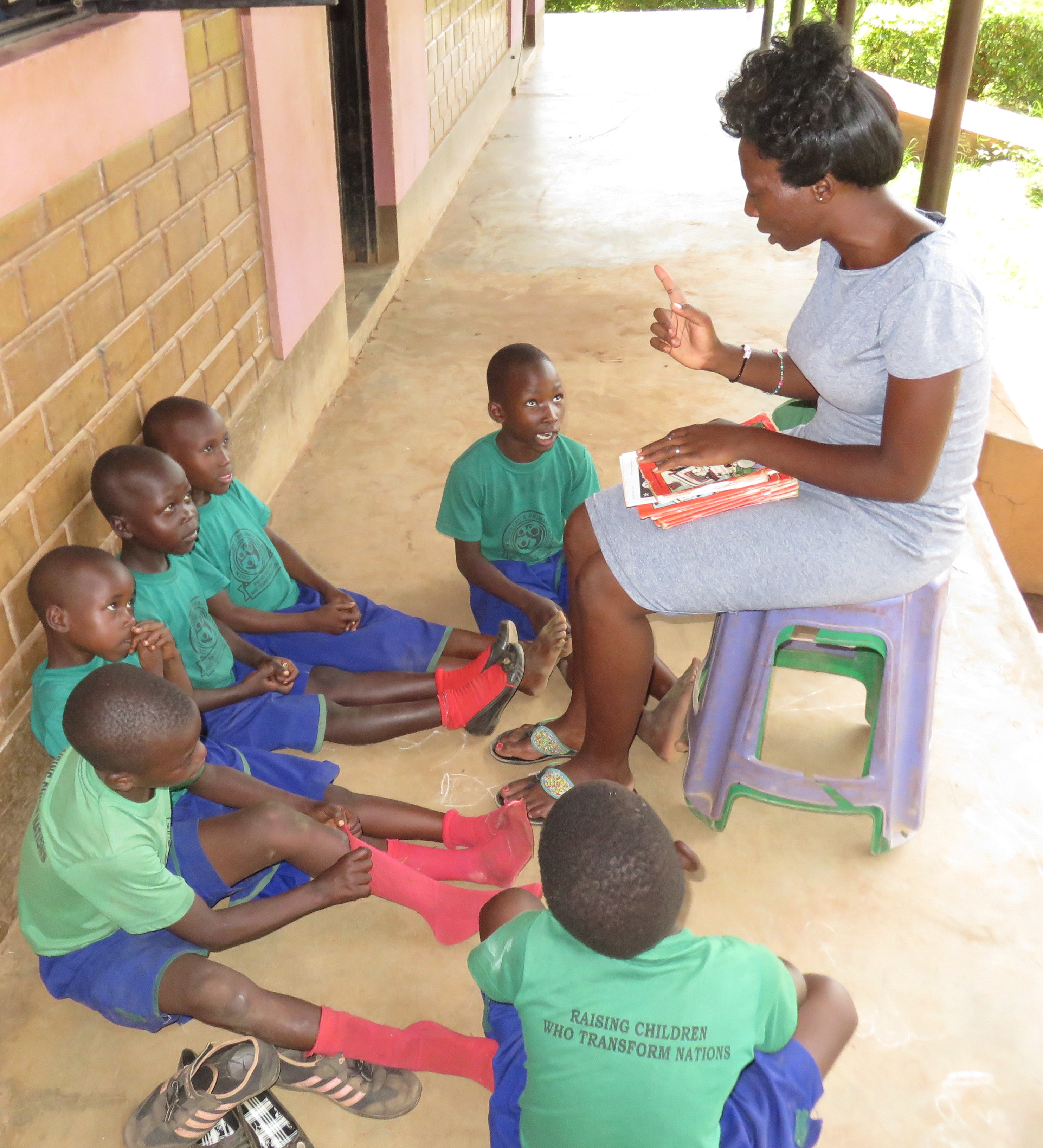 From a young age, Janet wanted to teach primary students like these.

Janet also learned about God and how He had a plan for her life. “God is a lovely God,” says Janet. “He can never leave you. He is everywhere.

No matter what you are doing, He is looking at you; He is ever there. He can never leave you.”

Although Janet was finally able to get the schooling she had wanted, when she got her results back from the National Examination, she was

disappointed. She wouldn’t be able to go on to university prep. 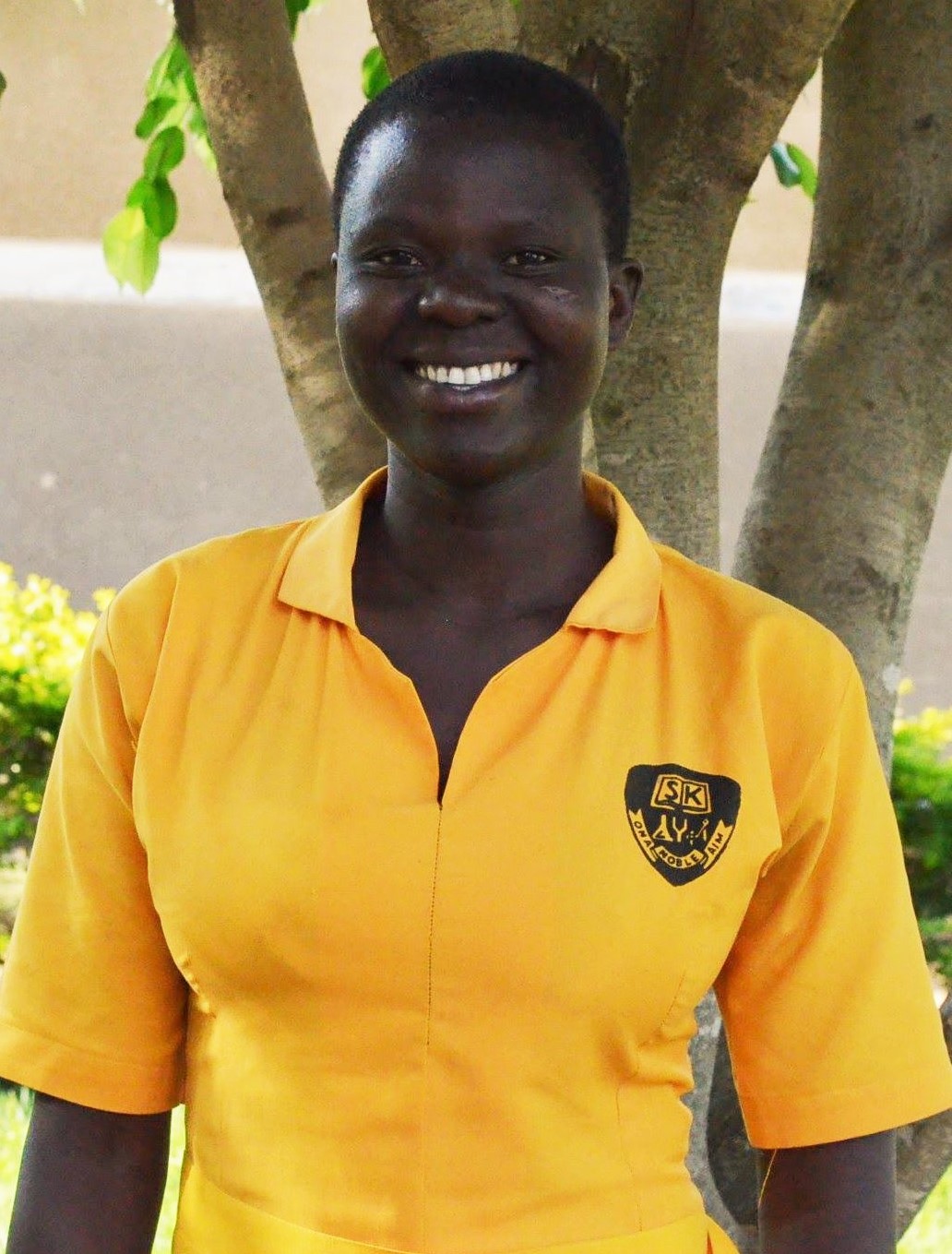 Janet could have repeated her grade and tried to take the test again. But instead, she decided to pursue an old dream. She decided to go on

to a two-year primary teacher’s college.

of the school’s Charity Club, which collects basic necessities and brings them to people in local villages, prisons, and hospitals.

Janet is currently preparing to do six weeks of student teaching in an upper primary classroom. That’s pretty incredible for a young woman

who struggled to read and write when she first joined COTN! 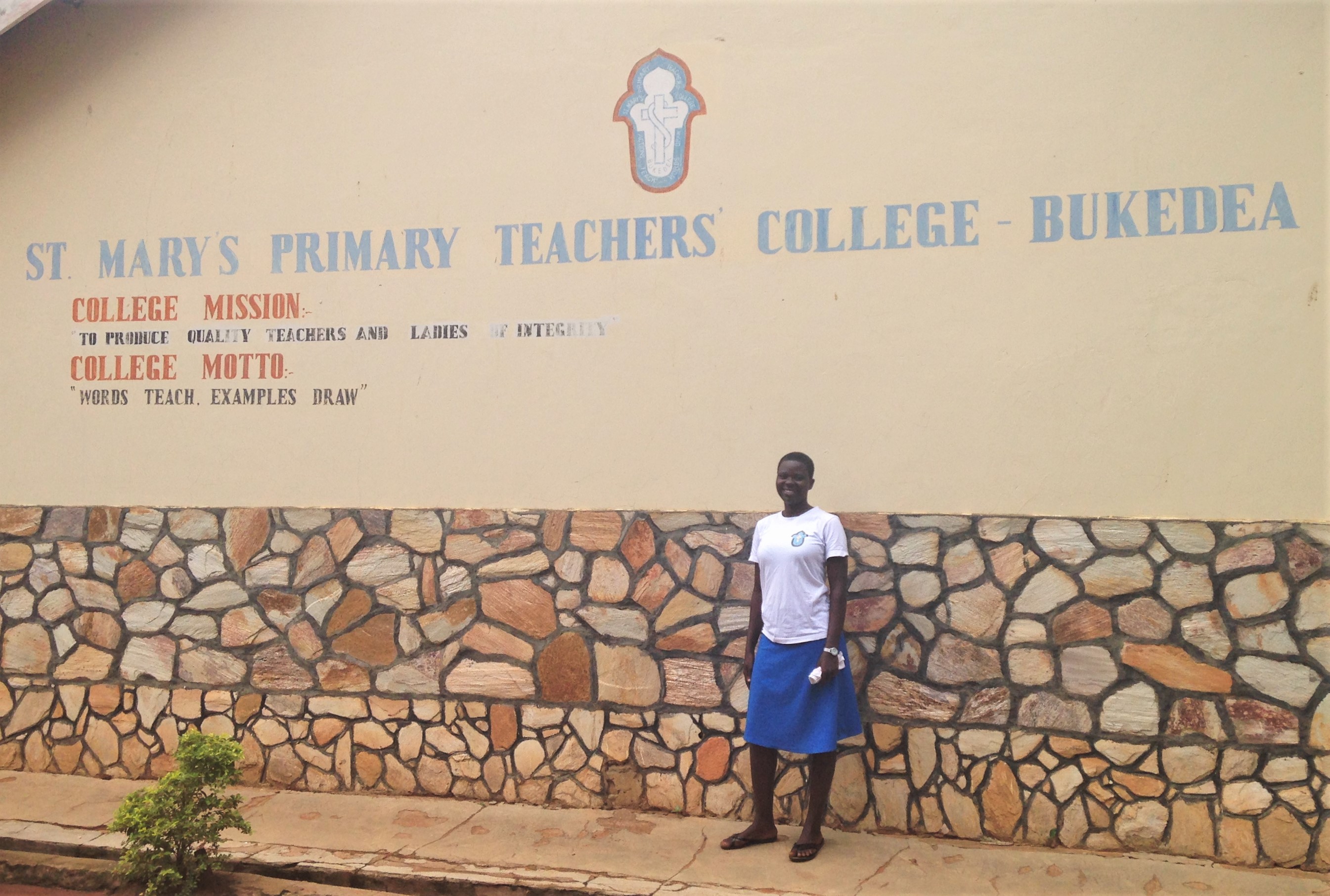 “What I want to do,” says Janet, “is I want to be the most loved teacher in the school, who always teaches well. . . . I’m praying
that my pupils will pass in the highest percentage.” She also wants to help students settle personal disputes, counseling them and
passing on the love and care she received through COTN.

When asked what she would like to tell her sponsors, Janet says, “I would like to really appreciate them for what they are doing in
my life from when I started in COTN up to now. Their contributions made me to see something ahead of me, and before I couldn’t
think of something ahead.”

She adds, “I would like also to ask for their prayers to help me become a good teacher when I complete my studies.” 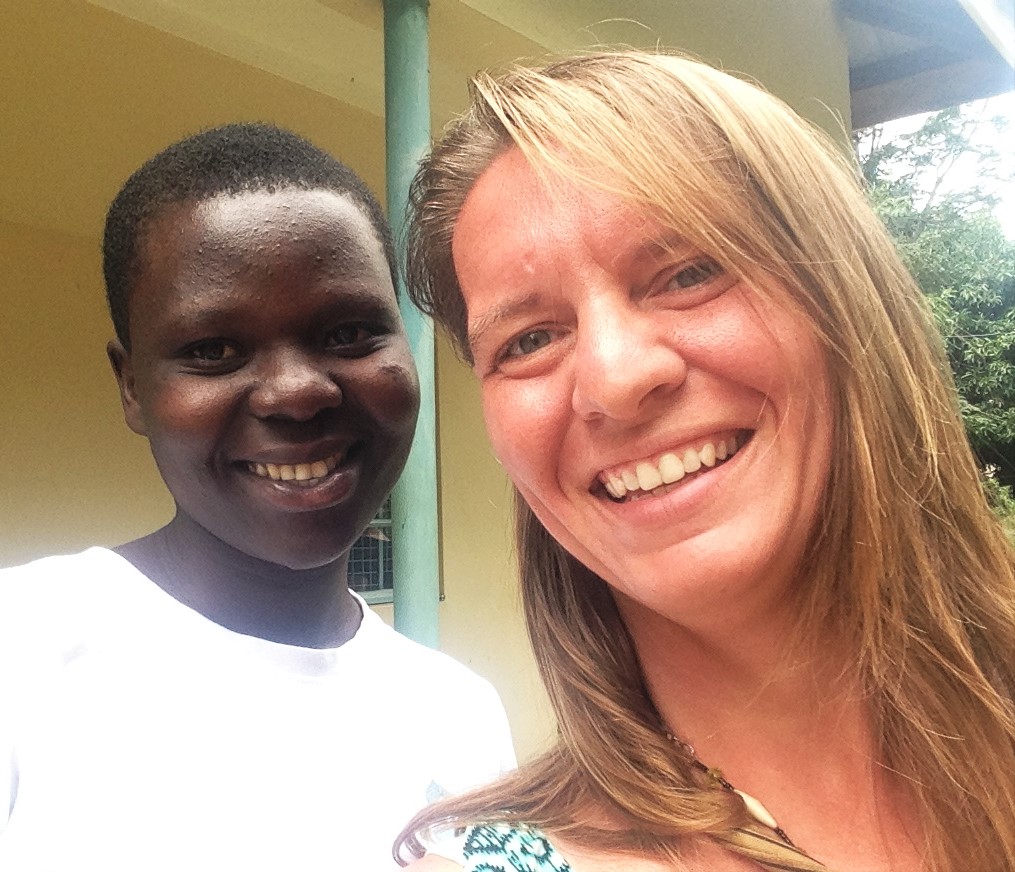 Janet poses with COTN–Uganda's Education Specialist, Lindsey Mueller. You have helped put this smile on her face!

Janet attributes her growth to God. “If it was not for His faithfulness, I would be off from COTN. It is not easy if God is not standing on your side.
If you are walking alone, you can’t make it. But if God is there, things can run on very well.”

Thank you for showing children like Janet their amazing potential and God’s great faithfulness.