From Desperation to Director: How One Young Man Escaped Poverty and Became Director of a Hospital

Years ago, if you had asked any boy in Algodón what he wanted to be when he grew up, he would have

Antonio grew up in Algodón, a batey in the Dominican Republic. Bateys are some of the poorest areas of the
country. Families live in homes made of loose wooden boards with dirt floors and leaky roofs. 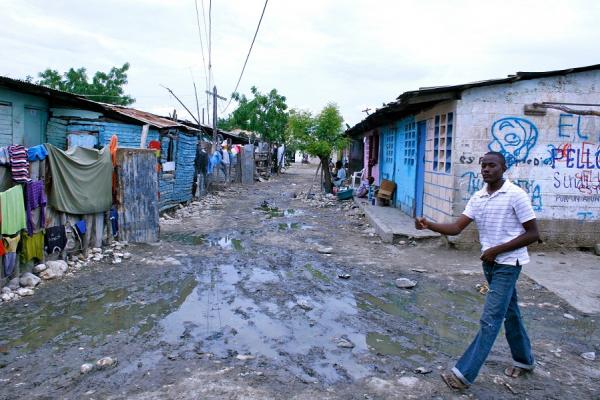 Algodón—a batey in the Dominican Republic.
This village is made up of mostly Haitian-Dominicans, people of Haitian descent living in the Dominican Republic
who aren’t recognized as citizens. They are stateless.
This means they aren’t recognized by the government and don’t have access to any public services like education,
medical care, or aid from the government. During the coronavirus pandemic, the Dominican government handed
out food to citizens, but not to the Haitian-Dominicans. For many, the Dominican Republic is the only home they
have ever known, but they can’t even vote.
Living in poverty and stateless, many boys have limited options. They see careers as professional baseball players
as their winning lottery ticket out of poverty.
Boys gamble their entire future and drop out of school to pursue this dream. But only 1% of them will ever have a
career in professional baseball. The rest return home with no education, no job skills, and no hope for their future. 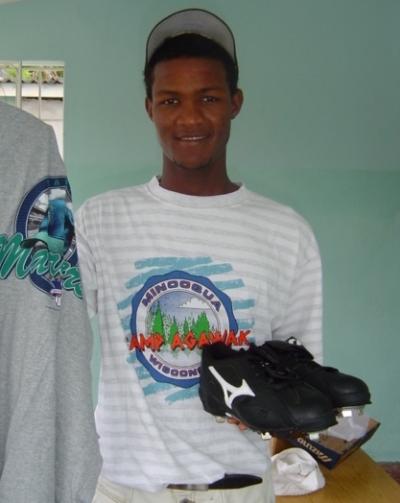 As a young boy, Antonio wanted to be a baseball player. Besides growing up in a batey, he also comes from a big
family. He is the third of eight siblings. His family could not afford to send him to school—they had to work hard
every day to find enough food to feed him and his siblings.
Then Children of the Nations began its ministry in Algodón, and Antonio got the opportunity to join the program
when he was 16 years old. He was able to attend school and eat regular, nutritious meals. He was also able to start
dreaming about jobs other than playing baseball.
In 2006, a medical team traveled to the Dominican Republic to provide medical care and perform surgeries. That’s
when Antonio met Dr. Schock. He shadowed Dr. Schock while he worked at our clinic in Barahona—he was eager to
learn anything he could about medicine.
When Dr. Schock realized Antonio had an interest in medicine, he decided to invest in his future. He, along with other
families from the same trip, provided financial support for Antonio to attend medical school. 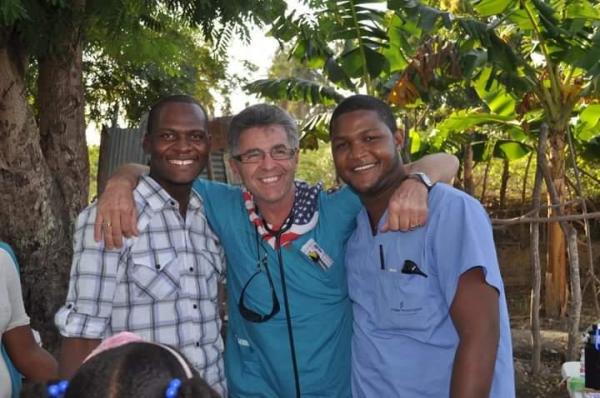 Antonio (right) with Dr. Schock (middle).
Dr. Schock warned Antonio that going to medical school wasn’t going to be easy. But not only did Antonio make it into
medical school, he thrived there.
Things were looking up for Antonio. He was getting good grades and pursuing a career he was passionate about. Then,
in the span of just 30 seconds, his world was turned upside down.
It was 2010—a devastating 7.0 magnitude earthquake hit Haiti just a few hour’s drive from where Antonio was in school.
Everywhere you looked in Haiti, homes, schools, and communities were in ruins. Over 220,000 lives were lost and 300,000
were injured. Over 1.5 million people were displaced.
Antonio and other medical students were asked to help in the aftermath of the earthquake. He agreed to help, putting his
education and his dreams of becoming a doctor on hold to travel to the Haitian border.
He went to a hospital with a team of twenty doctors and medical staff and worked through the night assisting a surgeon with
amputations, even though there was no anesthesia to give the patients. He prepared patients for surgery and helped with
the medications afterwards, all while working as a translator, translating French Creole to American and Dominican doctors. 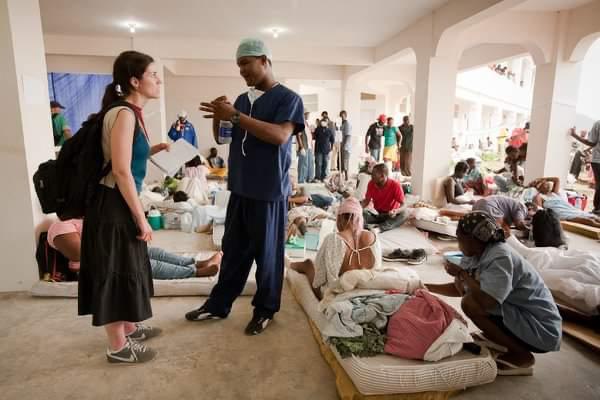 Antonio at a hospital at the Haitian border after the 2010 earthquake.
His medical school allowed him to return and finish out his final year, and he was able to get his medical degree. Antonio’s
dreams came true when he walked across the graduation stage and saw Dr. Schock there in the crowd, cheering him on.
“I know that my achievement will help my community and the children to know that everything is possible,” he says.
Against all odds, Antonio became the first person in his family to graduate high school and university and medical school.
After graduation, he worked at Children of the Nations’ clinic in Barahona before taking a job as an emergency director for
four years, then as an ultrasound specialist for two years.
Then in September 2020, Antonio was hand-picked by the President of the Dominican Republic to be the director of the one
of top hospitals in the country, Pablo Antonio Paulino Hospital in Las Terrenas Samaná. Nepotism is common in the Dominican
Republic, but he still beat out many high-ranking individuals for the position, including the nephew of a former president and
an army corporal. Antonio says, “God had this role in store for me.” 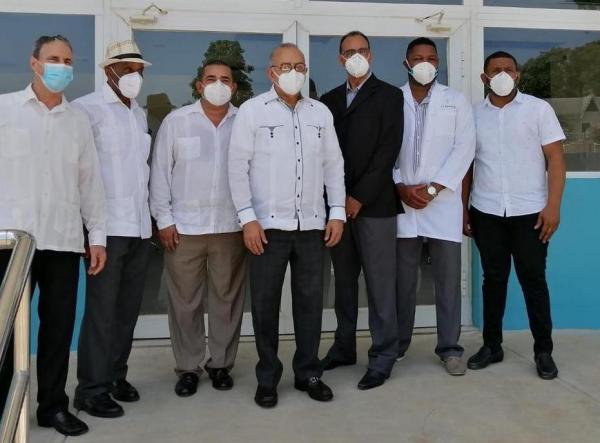 Antonio (second from the right) was appointed by the President of the Dominican Republic (third from the right) to become
director of a hospital.
Antonio’s life has been transformed—and now he is transforming the lives of others. Along the way, he became a role model
for the other boys from Algodón. Now, they can dream new dreams.
He remembers what life was like before Children of the Nations came to Algodón, “Life was very different back then. There
was no school and no church. There was a lot of belief in voodoo in our village. There was little sense of community and there
were not many friendships with one another.”
Children of the Nations’ co-founder, Debbie Clark, says she has seen a drastic change. “All these years later, the village is
almost unrecognizable. Now we are seeing so many kids from this village who have graduated from university, medical school,
even dental school. Those kids are the ones making the change.”
“I saw education as a way to escape the poverty and I chose medicine to help people,” says Antonio.
When you sponsor a child like Antonio, you don’t just change their life, you touch the lives of every person they will help in the
future. Because of the care and education Antonio received, he was able to help save lives after the 2010 Haiti earthquake. We
can’t wait to see the boys from Algodón follow in his footsteps.