“Life was tough,” Diana says when she thinks about her time before COTN. She lived with her aunt and uncle, she
often missed school because of chores, she was the last to eat (sometimes getting only her cousins’ leftovers), and
she suffered harassment from her uncle.
“I felt defenseless because there was no one to talk to.” 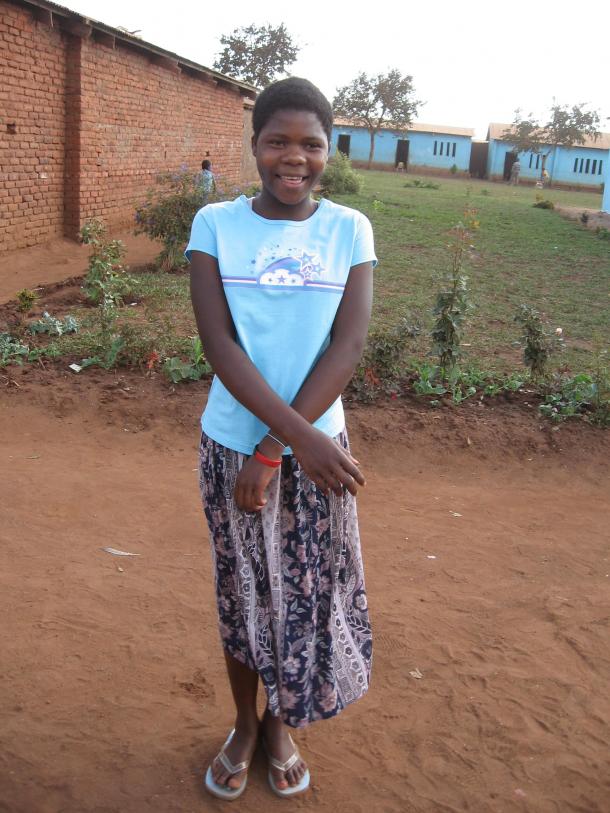 Diana first came to COTN in 2008.
COTN and partners like you changed all that.
Diana came to the COTN–Malawi Children’s Home when she was 15. Suddenly, she didn’t have to eat her cousins' leftovers anymore.
She could consistently attend school. She had a family who loved her and would not hurt her. And she was introduced to the unconditional
love of God.
“[I like] that I have a family that loves me and I love,” she says. “And mostly I love the fact that [COTN] introduced Christ
in me.”
Life was looking up for Diana. In 12th grade at the International Christian Academy (ICA), she even served on the student government as
a prefect. She spent time as a teacher’s aide for some of COTN’s younger children. But Diana’s grades were not good enough to go to
university. 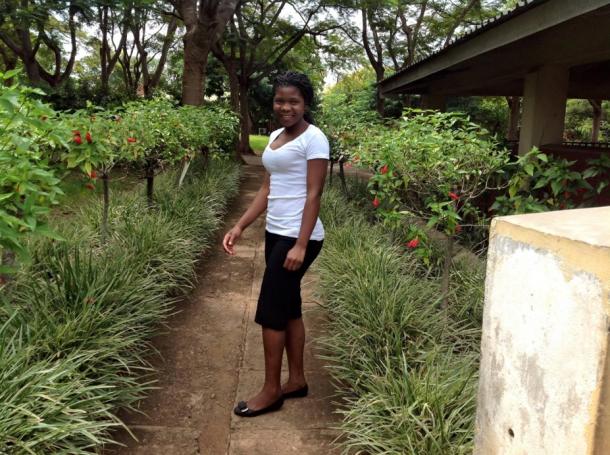 Diana spent time as a teacher’s aide with children at COTN’s Chitipi Home.
Diana started to feel hopeless about her future after ICA. She didn’t know what she was going to do with her life. But then she was enrolled
in vocational skills training—an opportunity only possible because of partners like you.
The skills training course is designed to ensure that high school graduates have opportunities beyond university or vocational school. We sent
23 COTN graduates, including Diana, to six-month skills courses. The various courses include: carpentry and joinery, textile and fashion design,
welding and fabrication, catering, electrical installation, information technology, and motor vehicle mechanics.
While some young women started training in textiles, Diana began learning about carpentry and joinery.  She thrived in this traditionally
masculine field. While visiting home and showing off a picture frame she made, she said, “I feel I have become better than most of my peers
because of the skills I am learning.” 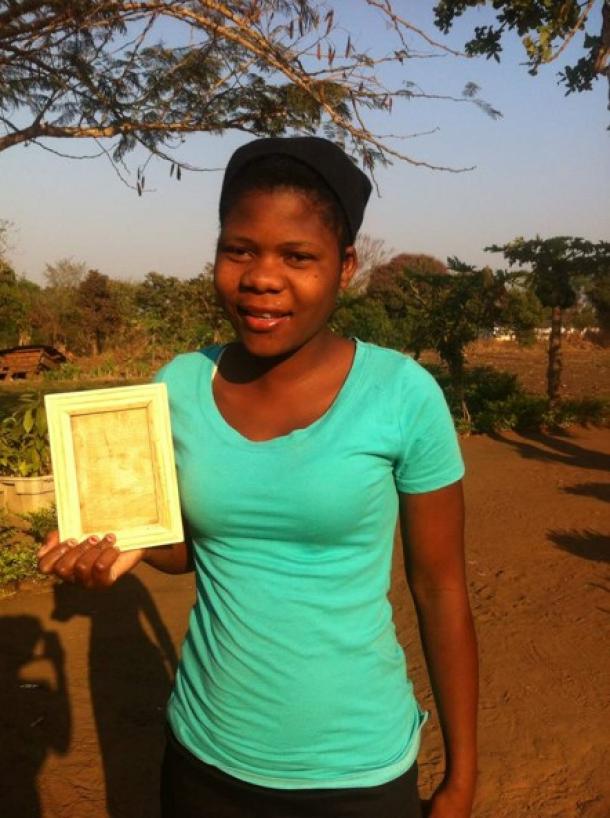 Diana is very proud of her carpentry work, and now she is learning how to make more complicated items.
Diana has found her niche in carpentry, and she’s praising God for the opportunities given to her. Now she wants other women to
experience the same confidence that she has.
She says, “I want to have my own carpentry and joinery shop and continue practicing welding and teach other women
that women can also do what is considered a ‘man’s job.’ ... I will minister to other women who look down on themselves.”
Diana went from a broken family where she was harassed by her only father figure to her COTN family where she learned about her
heavenly Father. She was once defenseless; now she is empowered by her faith and her independence. 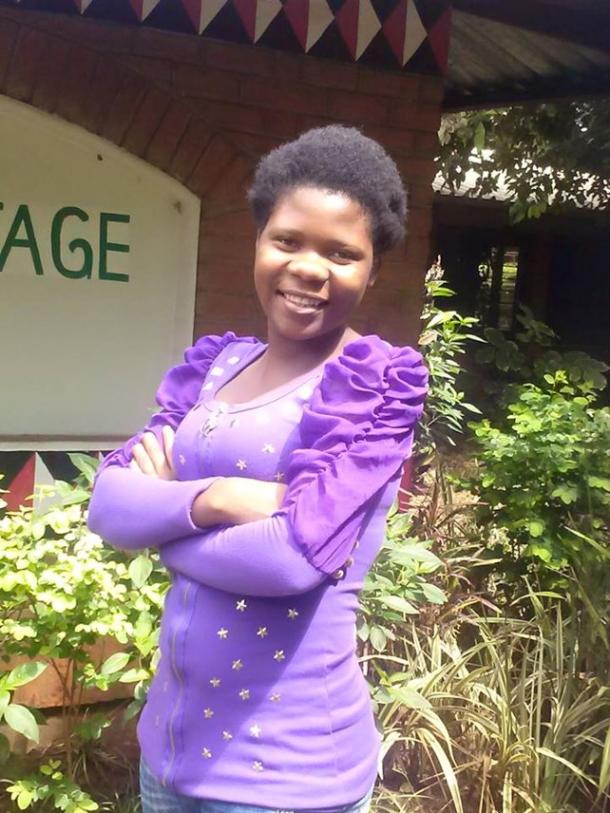 “I just want to say thank you to COTN for all the love it has shown me,” she says. “I have never regretted any of it. God bless my
COTN family.”
If it weren’t for you, Diana’s story could have ended in hopelessness. She might not have left her unhappy home, or graduated school,
or found a place in the job market. She would not know Christ’s love.
Thank you so much for helping Diana find her passion!