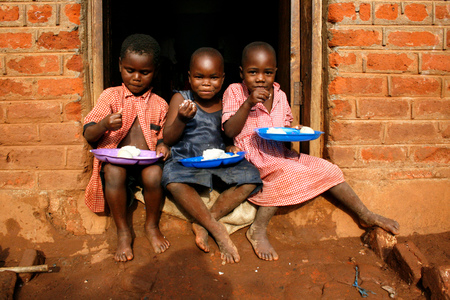 You can provide meals for children in Sierra Leone.

Your generous gifts will support our event with local volunteers to pack the meals.

Thank you for your gifts - each meal costs 29 cents to pack and ship to Sierra Leone.

Donating through Children of the Nations is safe, secure, and easy.

Give the gift of stability.
Set up an automatic, monthly gift to:
Coeur d' Alene Meal Packing (The Altar Church) for Sierra Leone 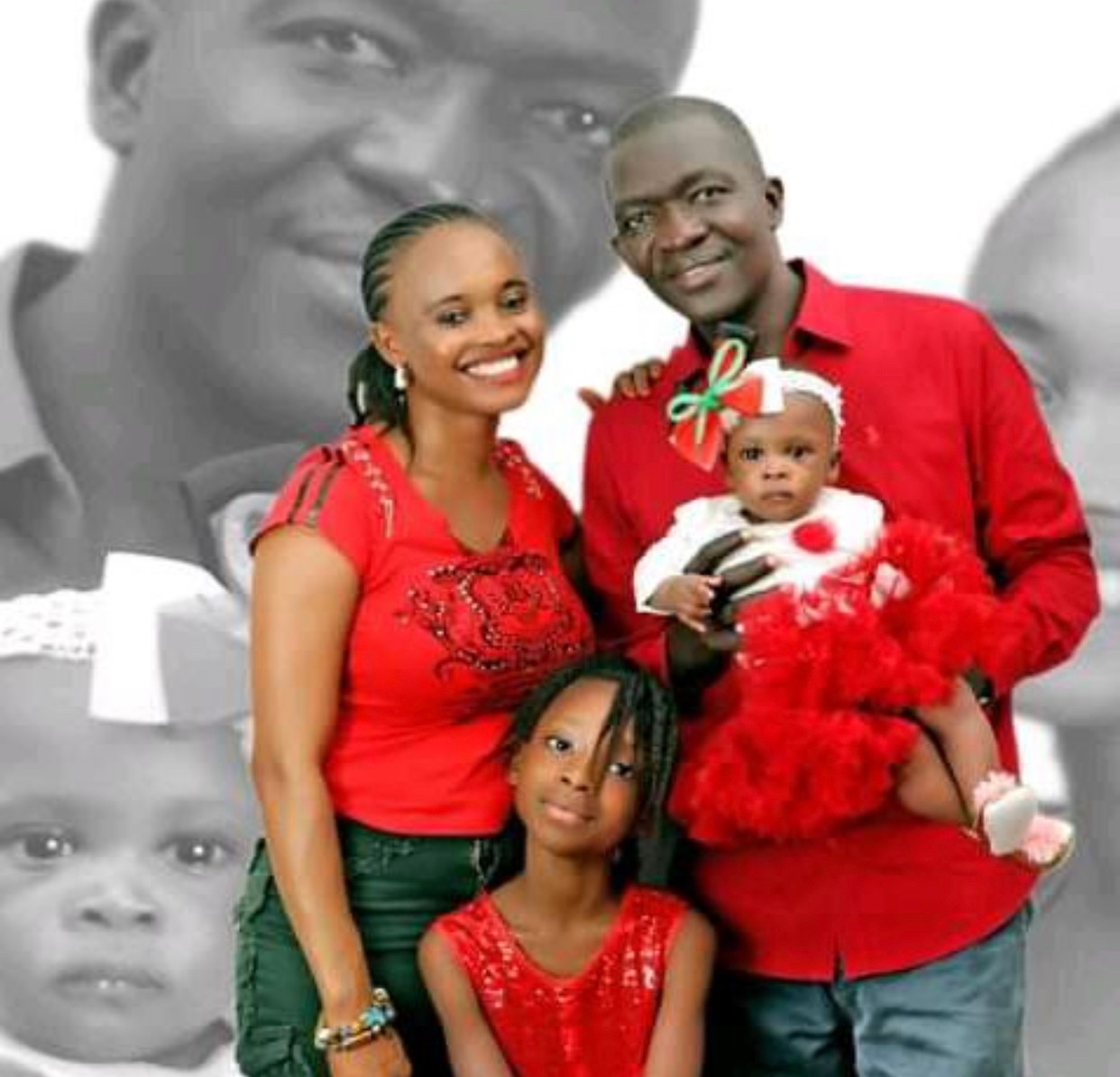 The entire family of Children of the Nations has been shaken by the tragic loss of our Sierra Leone Country Director, Mr. Samuel Ngoneh. Samuel was loved by the children and young people he served so sacrificially for the last 14 years, and in that time, he impacted the lives of thousands. He was loved by those he served with, who knew him as a true partner; a collaborator; an incredibly hard worker; and a man of faith, respect, and integrity, gifted with wisdom and humility. The sound of his laughter and sight of his broad smile would lighten the heaviest of moods. With the loss of the deepest friendship comes the deepest pain, and today, our hearts are broken.

Mr. Samuel Ngoneh joined Children of the Nations as a teacher in 2007. Samuel would later speak of a very specific sense of calling from God, but that calling was immediately tested when he arrived in Banta and walked down the narrow bush path to where the first teacher’s quarters had been built in this remote corner of Moyamba District. He questioned his decision, wondering what God was asking of him and why. But this was a doubt that lasted only until his first visit to the Children’s Home. At the Home, he met children who had been through desperate tragedies, which he could relate to from his own life experiences. That was when he understood the vision of Children of the Nations, a vision that would guide his service with our ministry from that moment right until the end of his life.

The loss of his father at an early age had a profound impact on Samuel’s life and character. Anytime he would tell stories of his life from before his work with Children of the Nations, you would hear of the beginnings of character traits that had become his defining features. You could see how his passion for education and the empowerment of women and girls was formed by seeing how his mother had struggled after the death of his father. In his story of assisting a village bakery in exchange for his school fees, you could see the forming of his incredible work ethic and sense of stewardship. When he shared his testimony of coming to faith at a Bible study in Freetown in 1997, you could hear the humility of a man who recognised that he had been graced with salvation by our Father in Heaven. When he talked about his years as a technician for electrical installations and refrigeration units, you could see the dedication to excellence in his work that ensured the trust of those he served with. Samuel began his career within Children of the Nations Sierra Leone first as Teacher, then Resource Coordinator, then to Centre Supervisor, promoted to Operations Manager, and then to Country Director. But in his story of coming to Banta for the first time, and not feeling settled until he had spent time in the Children’s Home, Samuel’s real heart for ministry and the compassion that would make him such an incredible advocate, such a passionate mentor, and such a determined leader, were seen. Samuel was always willing to share these often difficult stories from his life with colleagues and children in need of hope that real transformation is possible. This vulnerability and openness is another measure of the man and a key reason that his life has had such a profound impact on so many.

This year, under Samuel’s leadership, Children of the Nations Sierra Leone completed work on a five-year strategic plan. The twin focus on compassionate care for children and careful stewardship of all the resources God gives were developed by the entire team, but Mr. Ngoneh’s influence is clear. Samuel’s passions will continue to change the lives of children in desperate need for years to come. Samuel used to talk about how he would always be willing to serve at Children of the Nations as long as he would be given the freedom to preach the Gospel to the people of the surrounding communities. His work with Church of the Nations over the years has been incredible, as he often used his own resources and his spare time to bring up disciples in places like Ngolala and Jiminga. His love of these communities and the families of Upper Banta was a constant source of inspiration, and his work with community leaders was a model for others to follow. He championed issues of child protection at every opportunity and showed courage and boldness in the face of injustice and abuse. It is our prayer that others will take up these mantles and continue the work of bringing light into the darkness with the confidence that Samuel always clung to, knowing as he did that God goes before us.

From afar, we had the joy of seeing the relationship between Samuel and Alice blossom into one of love and respect and, in 2010, marriage. Samuel loved his wife, and in their partnership, they provided a beautiful example of a union that puts Christ at its center. Samuel was a loving father to Arlene and to Samuella and took such pride in them. He was determined that they would readily have opportunities that he'd had to suffer and toil to access. Alice, please know that we are mourning with you, that we are praying for you, that we wish to be here for you when you need us. Psalm 34, v. 18 says, “The Lord is near to the broken-hearted and saves the crushed in spirit.” It is our prayer that you will be comforted by the close and loving embrace of your Father in Heaven.

In a couple of days, we will celebrate Christmas and the hope that the coming of Jesus Christ gives to each of us. Samuel loved Christmas and loved making it special for the children of Banta. Every year, he would choose to celebrate Christmas with them and try to imagine how he could make it even more memorable than the previous year. It breaks our hearts that it is during this Christmas season that we have lost him. And yet, Christmas is the time when we are so powerfully reminded that God has a plan and how that plan rarely unfolds in ways that we would expect. The coming of Christ at Christmas set our salvation in motion, and for our dear friend Samuel, and all those who give their lives to Christ, this leads to the truth of Revelation 21, vs. 3-4: “Look! God’s dwelling place is now among the people, and he will dwell with them. They will be his people, and God himself will be with them and be their God. He will wipe every tear from their eyes. There will be no more death or mourning or crying or pain, for the old order of things has passed away.”

Samuel, your greatest impact was in the way you shared your life with others. It was in the way you challenged our faith. It was in the love you showed us, quietly and without looking for the praise of men. It was in one-on-one conversation, listening to what others had to say, sharing a joke and a story, encouraging those who needed it, meeting a need when you could, showing gratitude, and offering praise when it was earned. Our hearts are broken because we will miss you, and the world seems a harsher, lesser place without you in it. But we draw inspiration from your faith in the God of this world, and we know that you now bask in His almighty presence. You served with vision and faithfulness. And we will be together again.

May we all know the peace and comfort of our Wonderful Counselor at this difficult time.

Give a Gift to Support Samuel's Family