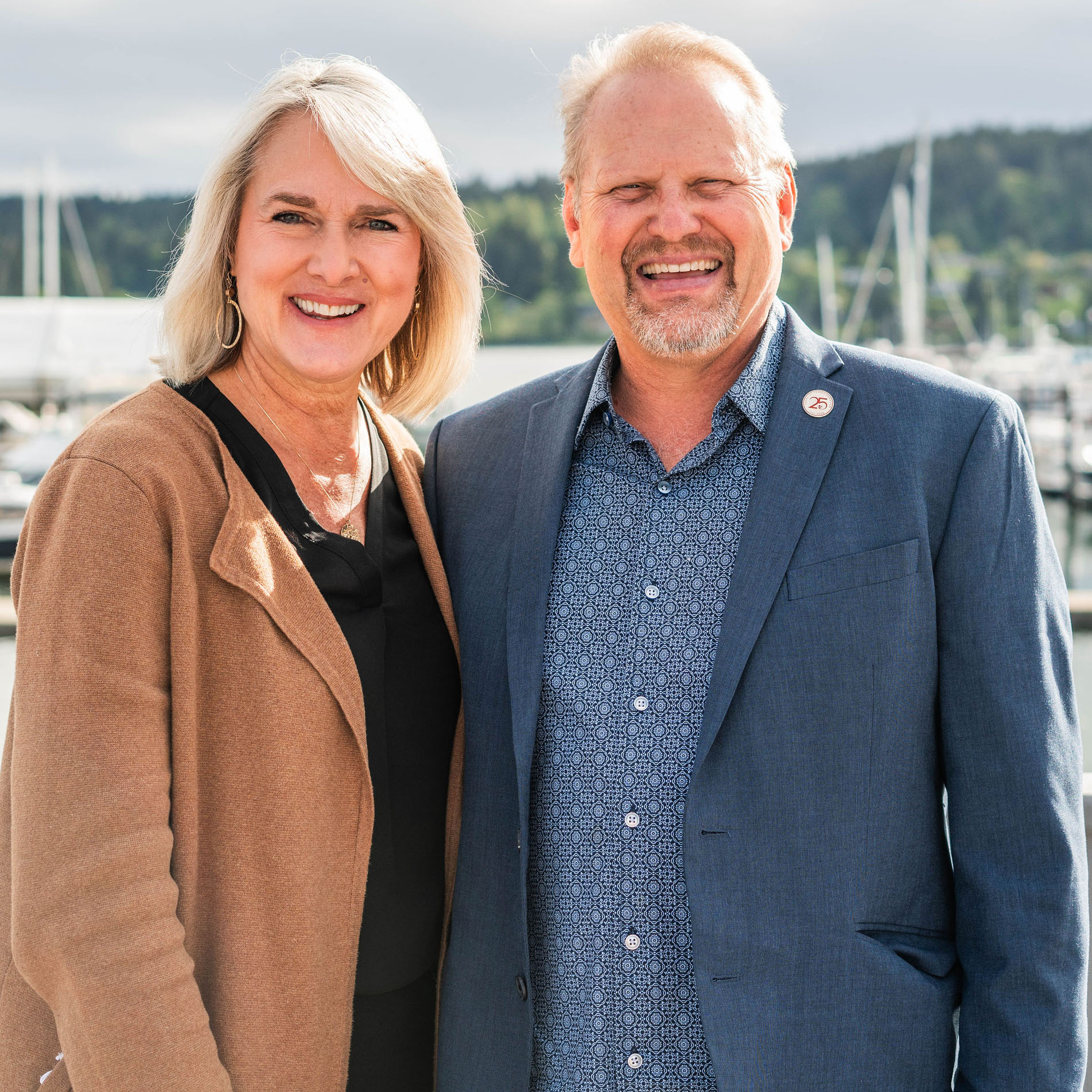 Chris and Debbie Clark founded Children of the Nations in 1995 in answer to a child's prayer.

Chris is a fifth-generation missionary, born in Japan and raised in Liberia and the United States. In 1984, he graduated from Central Washington University with a bachelor of science in law and justice. Convinced God’s calling was for him to minister to children, he completed the ordination process and served as a youth pastor for five years. Later, he pursued a career with Youth for Christ, where he worked as a regional director for 10 years.Debbie grew up in Edmonds, Washington, and graduated from Seattle Pacific University in 1983 with a bachelor of arts in elementary education. With an interest in special education, she worked as a special education teacher in Western Washington for eight years. Early in their marriage, Chris and Debbie became foster parents, serving many children for more than 10 years.

In 1995, Chris and Debbie traveled to Sierra Leone with Youth for Christ and witnessed an intense orphan situation. The tragedy they encountered—thousands of children ravaged by a brutal war, living on the streets of Freetown without a family to care for them—forever changed their life direction. Because God allowed Chris’ missionary parents to raise their family in Africa for a time, this uniquely positioned Chris to be ready for God’s call.

The vision Chris and Debbie see for the benefit of God's Kingdom is to capture the hearts of orphans and direct them to Christ in a way that positions them for leadership. They believe the leadership of this unique group of transformational leaders will alter the issues currently influencing their societies. Moving beyond compassionate care to a place of true empowerment of children, along with partnerships with nationals, is Chris and Debbie's true desire and remains the single vision of Children of the Nations: raising children who transform nations.

Chris serves as Children of the Nations' international president and CEO, and on the COTN board of directors. He is also an honorary board member for each of the nonprofit organizations working under the umbrella of COTN: COTN–Sierra Leone, COTN–Malawi, COTN–Uganda, COTN–Dominican Republic, and COTN–Haiti.

As the founder and executive vice president, Debbie oversees COTN's international ministry and travels regularly to each country, working with in-country staff members to maintain the quality standard of care the children receive physically, spiritually, emotionally, mentally, and socially. Debbie is also the acting director of international development for COTN. Chris and Debbie have three children: Alyssa, Sarah, and Bryce, and live in Poulsbo, Washington.