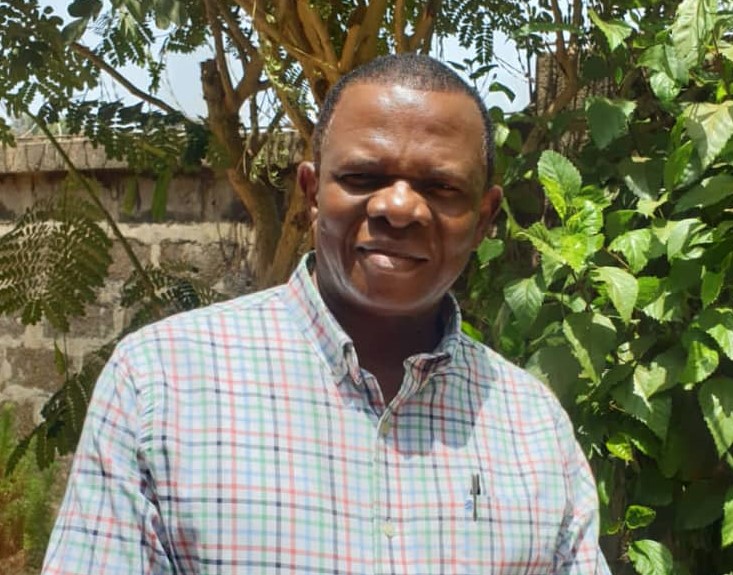 Aiah D. Foday-Khabenje is the new Country Director for COTN-SL. He assumed the role in 1 April 2022. Aiah is the immediate past General Secretary of the Association of Evangelicals in Africa (2009-2021). Previously, he served as General Secretary of the Evangelical Fellowship of Sierra Leone, following his role as the founding Coordinator of REAPS Vocational Institute in the same organization. As General Secretary of EFSL, he was elected by the General Assembly of the humanitarian community as Chairperson of the Sierra Leone Association of Non-Governmental Organizations (SLANGO) for two consecutive terms. Other positions held include Senior Administrative Assistant at the University of Sierra Leone, Dispensing Optician at the Baptist Eye Hospital in Lunsar, Proprietor of Fo-Ny Optical Services, and he is an ordained minister of the Presbyterian Church of Sierra Leone.

Being born and bred in grandparents’ homestead in rural Sierra Leone was not ideal family upbringing. From a background, multi-religious, polygamous, and a grandfather for a father figure was dysfunctional family life. I came to faith in Christ as a teen in secondary school through the ministry of Scripture Union. I was shaped through the Scripture Union discipleship programs in the things of God and my Christian walk. The love, care, and support I received from people as a vulnerable child in the SU family contributed to my Christian perspective. The values and beliefs I embraced in those early years of my faith journey continue to be affirmed even as I get more exposure to global Christianity, theological and biblical scholarship, and greater ministry leadership responsibilities. From personal experience, I cannot affirm enough the old dictum: “Catch them when young, so they would not depart from it when old” (cf. Prov. 22:6). Thus, my passion for ministry to children.

Aiah is married to Almonda, and they have four children (three adults and a teen). Aiah holds a Ph.D. from South African Theological Seminary, D. Min. from Asbury Theological Seminary, an M.A. from Wesley Biblical Seminary in the USA, a BSc, and an MBA from the University of Sierra Leone. He is a Fellow of the Association of British Dispensing Opticians (FBDO). Authored; Competencies for Leading in Diversity.